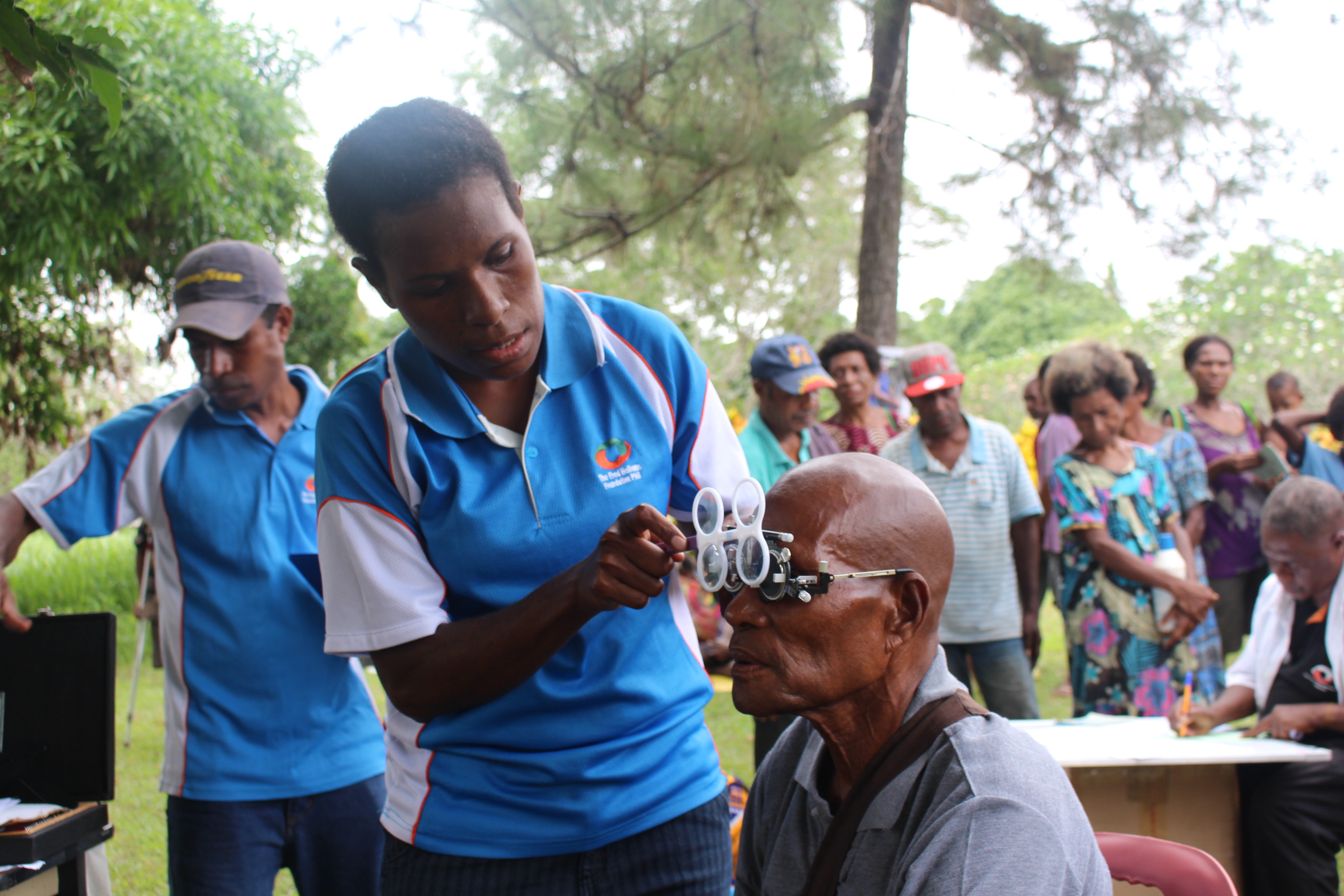 A total of 1,745 men, women and children got their eyes checked and glasses issued to help their sights, right at their doorsteps, a first of its kind exercise in the province.

This follows the Madang based World Vision office, partnering with the Fred Hollows Foundation, an institution providing quality eye care in the Asia, Africa, and the Pacific.

The catch in this approach is that the service, from consultation to quality checks as well as the issuing of glasses, were free of charge and the people, apart from the eye checks, were also checked for other special needs.

“Children from 5 years to adults over the ages of 50 and 60 had their eyes checked. With the ‘Disability staff’ also with the group, the people with disabilities had their legs, ears and mouths checked and helped,” Manu Peter, the World Vision Health Program Coordinator in Madang said.

In Papua New Guinea, the Fred Hollows Eye Care operates from out of Madang’s Modilon General Hospital, which means people travel from the other provinces into Madang to get their eyes checked.

As for these eight communities along Madang’s Northcoast Bogia Highway, it was quality service at their doorstep, for FREE thanks to the non-government organisation, World Vision.

Despite the workload of attending to almost 2,000 people, from 8am, nonstop, to 6pm, in a space of 11 days, seeing the joy and excitement from the satisfied people, was refreshing enough for the attendants.

“I was relieved to see an elderly woman read again to her grandchildren, right after she was given reading classes, after her eye check,” said Rodney Baim, the Health Communication Advocate with World Vision in Madang.

These people with special needs have been living with discrimination in their communities, where they were being identified by their disabilities, instead of their names, even by their family members.

The World Vision, Fred Hollows Eye Care and the Disability Staff Team in their outreach conducted awareness, to stop this stigma and discrimination.