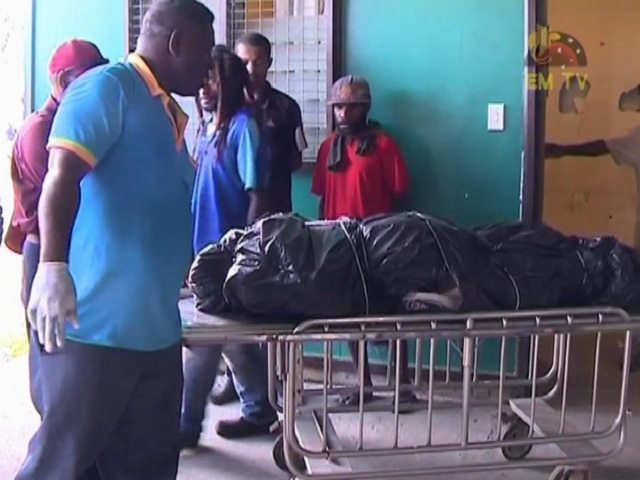 One of her arms was partly eaten by dogs; her nose was cut off by her attackers and her face and genitals were burnt.

The woman’s body was brought tothe Angau Hospital by police on Sunday afternoon.

Our News team in Lae went tothe crime scene with police and two men who were amongthe first to findthe body.

Onthe ground – what was left ofthe brutal attack. Her clthes and drlied bamboo used to burn her face and body.

The body was found by a woman who was going to her garden. She alertedthe local community lLeadersand police were called tothe scene.

According to police, her identity is still uncertain andthey’re calling onthe public to come forward with any information.

Bet settlement residents nearthe Malahang PTC area saythe body could be that of a young Eastern Highlander who arrived in Lae over a week ago.

She was last seen on Thursday. Nobody knows where she lived or what her name was.

The attacks had not been restricted to adults. On last week Thursday residents of Papua Compound apprehended a man who was found molesting a seven year old girl.

Whilethere has been much talk about protection of women and girls,the attacks continue.