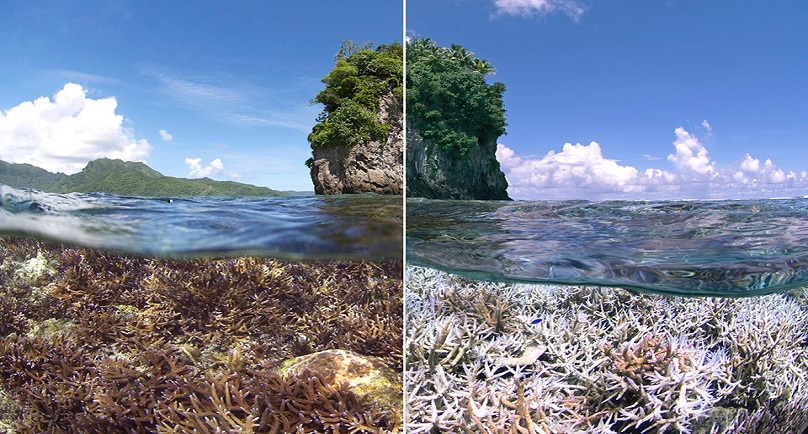 This year’s massive El Nino – a global phenomenon that may be intensified by effects of climate change, is wiping out coral reefs across the Pacific Ocean.

Scientists just back from tropical areas of the Pacific say they are seeing up to half of the reefs in some locations killed by bleaching. This happens when the water gets too hot and the coral expels the algae with which it lives.

Kim Cobb, professor of earth and atmospheric sciences at Georgia Tech, just returned from a two-week trip to Christmas Island, a large coral atoll about halfway between Hawaii and Tahiti.

“We weren’t expecting to see the levels of destruction that we saw on the reef.

“To dive on a reef where we had installed monitoring equipment six to eight months ago that was in perfect condition, and to see it with 50 per cent death, was a great shock,” Cobb said.

Cobb has been visiting the same research site for the past 18 years, and says this is the worst she has ever seen. This year’s El Nino, is one of the biggest on record, according to government scientists. The last big one was in 1997-1998.

The warm water is also changing ecosystems, pushing tropical fish and other marine life causing other animals to flee or die.