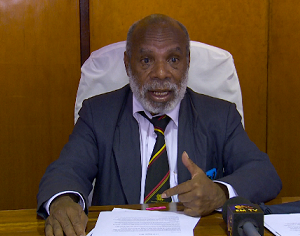 Preparations are underway for the annual Waigani Seminar to be staged by the University of Papua New Guinea (UPNG) and Department of the Prime Minister and National Executive Council (NEC).

The event’s organising committee hope to come up with a target of K5 million to facilitate the seminar, which is an avenue for think tanks to come together and discuss ideas and ways forward on issues affecting the country.

The event is also an avenue for academics to share ideas that may influence government policies for the betterment of the country.

Since its inception in 1967, UPNG has hosted the Waigani Seminar. It has been the engine room where all ideas and policies are discussed and developed for the country.

This year, it will be staged from August 19 to 21. The Waigani Seminar Working Committee met yesterday to give an update on preparations. The committee, chaired by Joseph Sukwianomb, include members Dr Anna Joskin, James Robins and Dr Paul Sali.

The Waigani Seminar has been an intellectual platform, bringing together academics to review and criticise government policies, goals and objectives that have failed. The seminar is also for attendees to provide solutions and a way forward, including ways to achieve goals in the country’s medium-term development strategy.

The committee hopes to reach the target of K5 million to host the seminar.