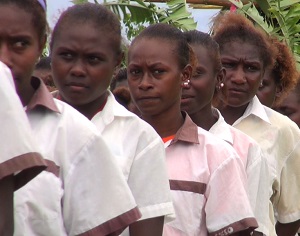 Early campaigns are illegal and in breach of electoral laws. Manu said those involved will be penalised, warning candidates:

Candidates are allowed to set up committees during this period, but gatherings should be strictly centered on campaign strategies and programs.

Election dates will be finalised and announced next week, but are pending approval from ABG Speaker Andrew Miriki.

Meanwhile, this year’s election will be historical because it will be conducted by the Bougainville Electoral Commission.

The PNG Electoral Commission, with the Australia and New Zealand electoral commissions, are providing technical assistance and support.

Apart from managing processes and preparations, the Bougainville Electoral Commission has also produced its own materials, manuals and forms for voter registrations.

Private Sector Commended for being Backbone through Tough Economic Times