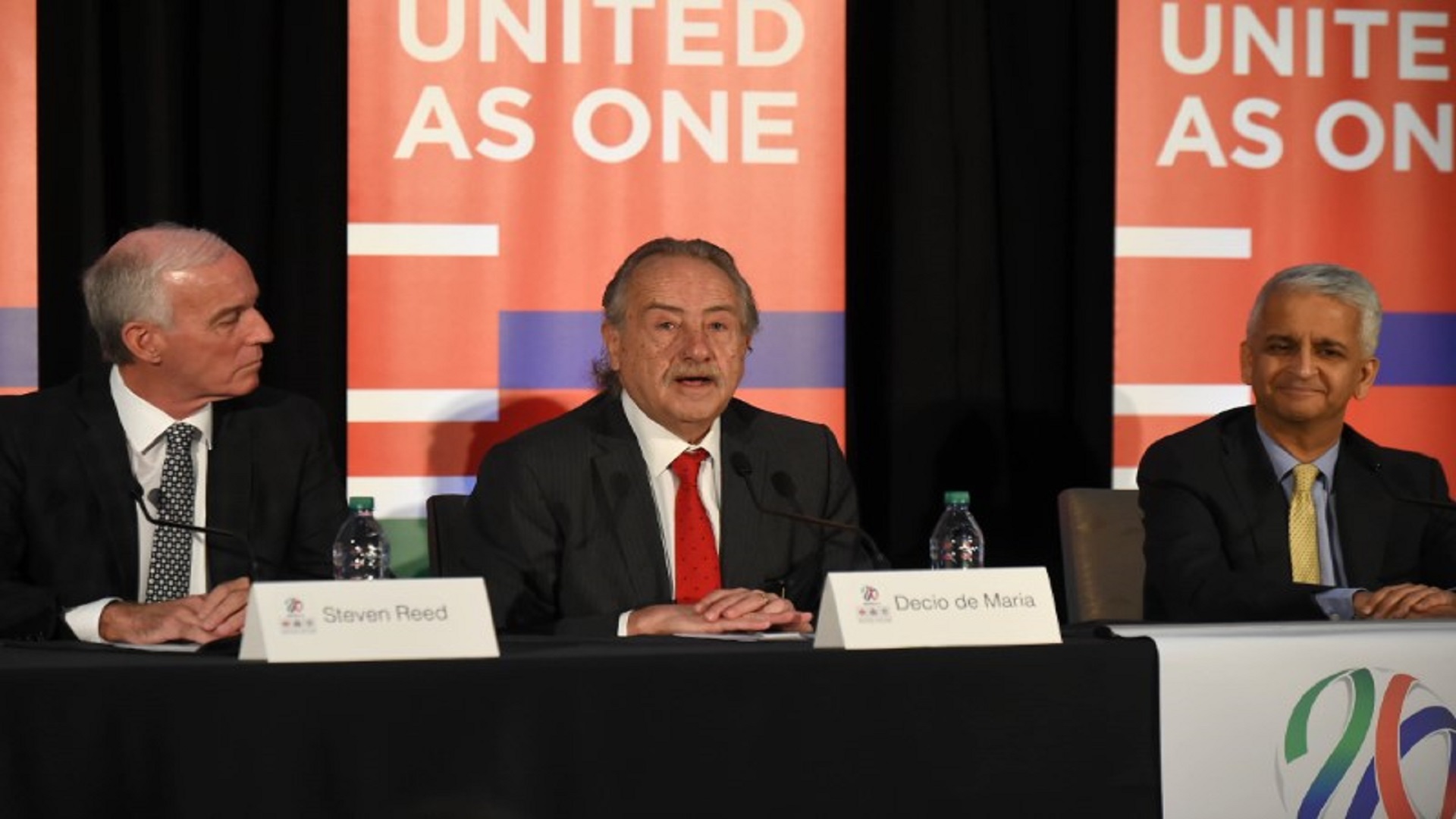 TORONTO (Reuters) – The heads of a joint bid from the United States, Mexico and Canada to host the 2026 World Cup trumpeted a winning plan on Saturday that technically ticks most if not all the boxes FIFA wants, but could miss the mark when it comes to winning friends.

On the surface the fight to stage the expanded 2026 tournament, the first to involve 48 nations, would appear a David and Goliath struggle with Morocco, the only other bidder, up against the commercial and organisational might of the North and Central Americans.

Already possessing all the necessary infrastructure and stadiums to host a massive 48-team tournament, United 2026 executive director John Kristick boasted the bid was able to “focus on building the game not stadiums”.

While the United 2026 bid may be technically impressive, it comes at a time when the United States’ globally popularity is on the decline.

Bids must be submitted to FIFA by March 16 and the awarding announcement set for June 13 in Moscow before the Russian World Cup leaves little time to mend strained relationships.

United 2026 bid members conceded their efforts have not been helped by the sight of disgraced FIFA officials being paraded in front of U.S. judges on corruption charges almost daily and the escalation of tensions in the Arab world over President Donald Trump’s decision last week to move their embassy to Jerusalem.

“These issues down the road people are certainly going to be confronted with (them),” John Kristick, executive director of United 2026, said ahead of Major League Soccer’s championship game on Saturday.

If the United 2026 officials need to understand how important good relationships are, they need look no further than efforts to host an Olympic Games in the U.S.

After stunning rebukes to New York to host the 2012 Olympics and Chicago’s failed bid for the 2016 Games, the United States Olympic Committee spent years repairing fences and were finally rewarded for their efforts earlier this year with Los Angeles landing the 2028 summer Games.

“An important part of what we are doing has got very little to do with the sport frankly, it’s a lot to do with the countries and given what is going on in the world we have always had a special relationship with these two federations,” said Sunil Gulati, head of the U.S. Soccer Federation.

“The countries have been partners and there are some ongoing discussions that everybody in the room is familiar with about that so hopefully the message this sends about relationships and international relationships is extraordinarily important.”

One thing that could help smooth over rocky relationships is the commercial viability of the United 2026 plan which could help replenish FIFA coffers.

“We believe between the size of stadiums, which obviously impacts attendance, the level of hospitality available at stadiums that affects revenue and the commercial opportunities that will be available to FIFA, this will be by far the most successful financial World Cup and this is probably a pretty good time for that to happen for FIFA,” said Gulati.

“It is part of the score card FIFA looks at… it’s not lost on us and we will make sure it is not lost on 207 voters, many of them whom rely on FIFA for their financial stability.”