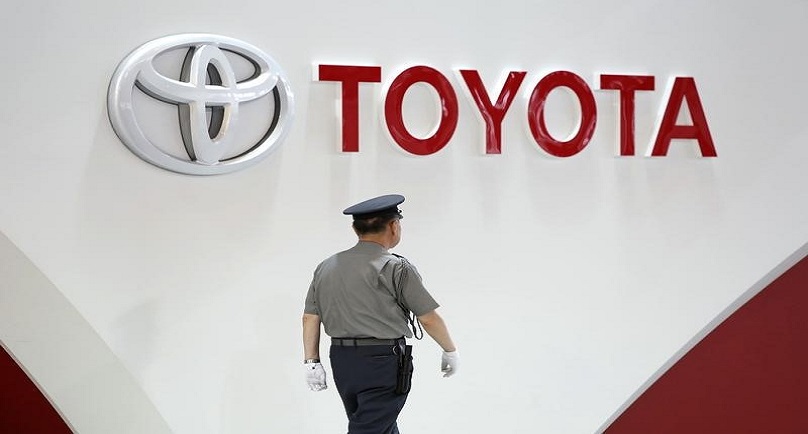 Image: A security guard walks under the logo of Toyota Motor Corp at the company’s showroom in Tokyo June 17, 2014. REUTERS/Yuya Shino

TOKYO (Reuters) – Toyota Motor Corp <7203.T> said on Monday it would halt production at all car assembly plants in Japan from Feb. 8 to Feb. 13 due to a steel shortage following an explosion at a steel plant of one of its affiliates.

The world’s biggest automaker said on Saturday a blast at an Aichi Steel Corp plant on Jan. 8 had curbed production of steel used in auto parts including engines, transmissions and chassis. It gave no specifics on how car production would be affected.

“Operations are scheduled to recommence on Feb. 15, and vehicle production on lines outside Japan will not be suspended,” Toyota said in a statement.

Toyota said it was looking at options including asking Aichi Steel to produce parts on alternate lines and procuring specialised steel from other makers.

Toyota produced 4.0 million vehicles in Japan in 2015, roughly 46 percent of which was exported.

It produced around 13,600 vehicles a day in December, up 10 percent from a year earlier, due in part to the start of production of the latest Prius petrol hybrid.

The stoppage illustrates the risks of Toyota’s “just-in-time” inventory system, under which the company receives parts several times a day according to requirements, avoiding the need for excessive inventories.

A plant fire at an affiliate supplier brought domestic production to a halt in 1997. Factories came back online around five days later after Toyota corralled suppliers in its close-knit “keiretsu” group and other firms to improvise systems to come up with replacement parts.