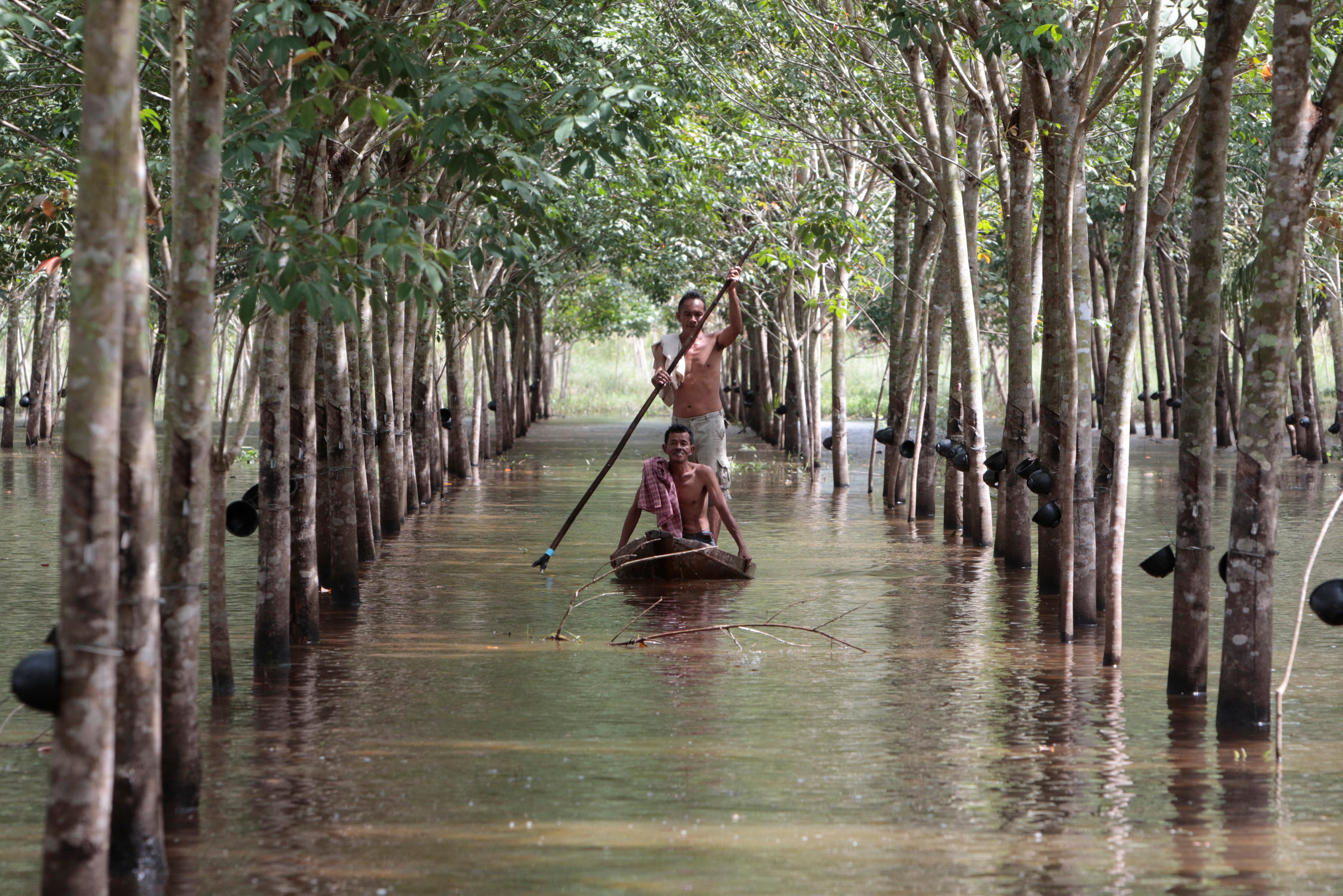 Thailand, the world’s biggest rubber producer, accounts for nearly 40 percent of the world’s natural rubber, most of which is used in car tires. Nearly two-thirds of Thailand’s rubber growing area is in the south.

Persistent heavy rain which started in December has triggered floods across Thailand’s south, cutting road and rail links, affecting about 1.6 million people and killing 99 so far.

The floods were expected to hit Thailand’s rubber output by 7.6 percent this year, authorities have said.

The government will help over 200,000 farmers in the south who have been affected by the recent floods in measures worth 35.43 billion baht ($1 billion), Nattaporn Jatusripiyak, an adviser to the commerce minister, told reporters after a weekly cabinet meeting.

A 10 billion baht ($285.4 million) loan will be offered by the state-owned Bank for Agriculture and Agricultural Cooperatives (BAAC) for emergency spending.

Another 10 billion baht loan will go into restoring agricultural production.

Other measures include 7.5 billion baht loans for small and medium enterprises (SMEs) to recover their businesses.

Thailand is one of the world’s most important exporters of agricultural commodities – including rice and refined sugar. In recent years, it has suffered weather extremes including droughts and heatwaves as well as floods.

Thai rubber authorities have said it was still early to give a full assessment of long-term damage, adding that rubber trees can recover if they are not under water for too long.Thailand’s economy has remained sluggish since a 2014 coup and is underperforming regional peers. In a bid to lift the economy, the ruling junta has introduced stimulus measures and ramped up investment in infrastructure.