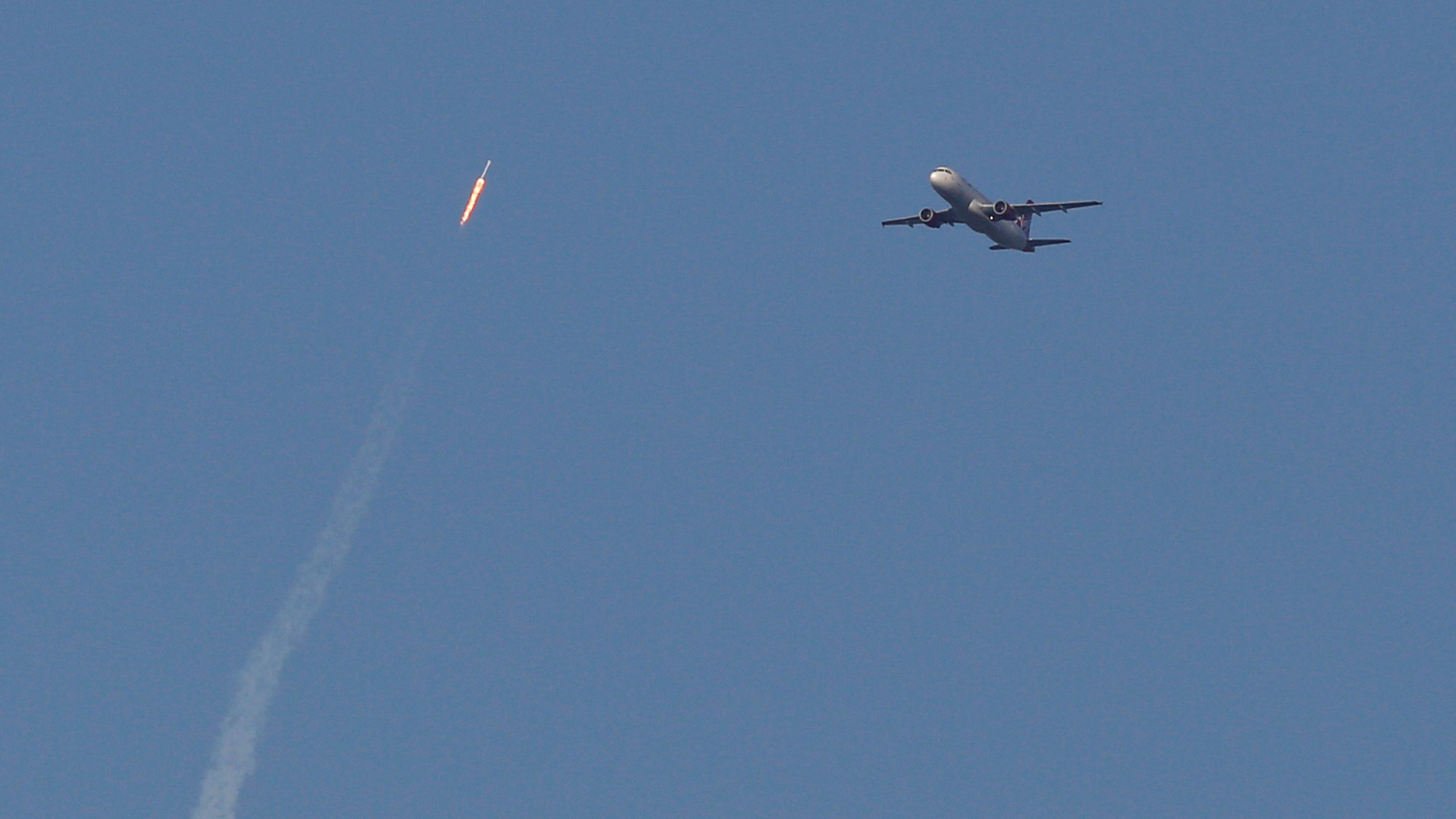 CAPE CANAVERAL, Fla. (Reuters) – A SpaceX Falcon 9 rocket recovered at sea from its maiden flight nearly a year ago blasted off again from Florida on Thursday in the first successful launch of a recycled orbital-class booster, which scored a double feat by returning to land on a floating platform at sea.

The unprecedented twin achievements of launching a reusable rocket and recovering the vehicle for a possible third mission marked another milestone for billionaire entrepreneur Elon Musk and his privately owned Space Exploration Technologies in the quest to slash launch costs.

The Falcon 9 booster, which previously flew in April 2016, lifted off from the Kennedy Space Centre at 6:27 p.m. EDT (2227 GMT) to put a communications satellite into orbit for Luxembourg-based SES SA.

The booster’s main section then separated from the rest of the rocket and flew itself back to a landing pad in the Atlantic, where it successfully touched down for its second at-sea return.

“This is going to be ultimately a huge revolution in space flight,” Musk said during a webcast from the launch control centre at Cape Canaveral immediately after the Falcon 9’s autonomous touchdown. “It’s been 15 years to get to this point.”

Musk said his California-based company’s next goal in the burgeoning commercial space industry will be to turn around a salvaged rocket booster for re-launch within 24 hours.

SpaceX in December 2015 landed an orbital rocket after launch for the first time, a feat it has now repeated eight times.

By reusing rockets, SpaceX aims to cut its costs by about 30 percent, the company has said. It lists the cost of a Falcon 9 ride at $62 million but has not yet announced a price for flying on a recycled rocket.

Proving the concept works is crucial to SpaceX, which is moving on from an accident in September that damaged another Florida site.

SpaceX also is working on a passenger spaceship, with two unidentified tourists signed up for a future trip around the moon. The company’s long-term goal under founder Musk is to fly people to and from Mars.

For its 33rd mission, SpaceX is reusing a Falcon 9 booster that was the first to make a successful return landing in the ocean. Four previous SpaceX at-sea landing attempts failed. The first successful ground-based touchdown of an oribtal-class rocket booster came the previous December.

On Thursday, the rocket’s second-stage, which is not recovered, continued firing to carry SES-10 into an initial egg-shaped orbit high above Earth, which it will provide television and other communications services to Latin America.

Price alone was not the reason SES, with a fleet of 65 satellites, decided to fly on a used rocket, he said.