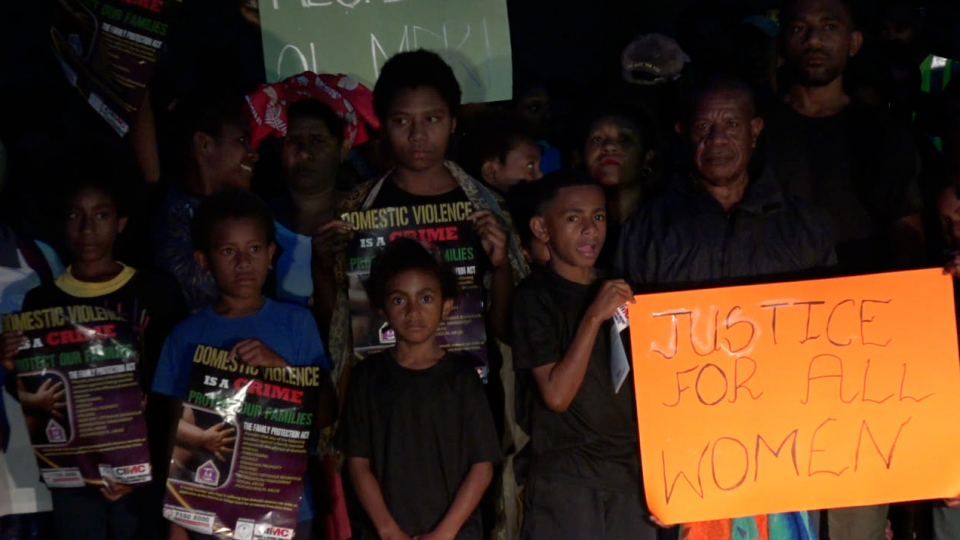 As the country rose against Gender Based Violence last week, the people of Sogeri in Central Province also joined with a walk over the weekend.

A walk which began at dawn, yesterday saw women, men and children all participated in the march to end violence.

The event also provided a platform for more awareness on Gender Based Violence in the Sogeri Area.

People gathered at the Sogeri Lookout as early as 5am, to begin the walk to end gender based violence.

The walk ended at the Sogeri Market followed by awareness about violence.

An officer from CIMC Charles Essyhafo said people should be educated on laws of Gender Based Violence.

The march also provided an avenue for women and children to be made aware of the services available, should they face violence in family.

Essyhafo says, there are service providers like the police family sexual violence unit, available for people to seek assistance.

They say violence happens when people turn a blind eye on this issue.

The march was an initiative of Margaret Ufa, a local entrepreneur, and her family, and she challenged locals to work together to end violence in their community.