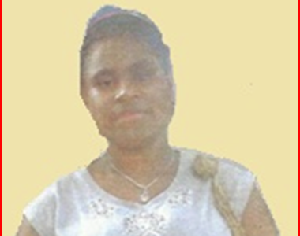 A father is making a desperate plea to residents in Port Moresby to come forward with any information on the whereabouts of his daughter, who has gone missing.

16-year-old Jacklyn Rhambu was last seen at 9am last Tuesday, attending a Pacific Games basketball match at the BSP Stadium in Waigani, and has not returned home since.

Jacklyn’s father Philip, from Ialibu Pangia in the Southern Highlands province describes his daughter, who is a grade 7 student at Hohola Demonstration School, as an obedient girl with strong leadership skills, and says he is very worried as it is uncharacteristic of his daughter to not return home.

He strongly believes his daughter may have been abducted on her way home from watching the games, and is being held against her will. He is pleading for anyone with information about Jacklyn’s location to contact Boroko or Hohola Police.

The matter has since been reported to police who are treating it as a kidnapping case. A reward for any information about Jacklyn is also being offered by her family.

Mr Rhambu says he has been receiving messages from his daughter’s mobile phone, but believes it is not his daughter, as the content and grammar used to correspond is not consistent with that of his daughter’s.

A tip off led the father and police to an area in June Valley this morning in hopes to recover the young girl, however this proved to be unsuccessful.

Mr Rhambu says his daughter is young with a bright future ahead of her, and wants her returned home safely.