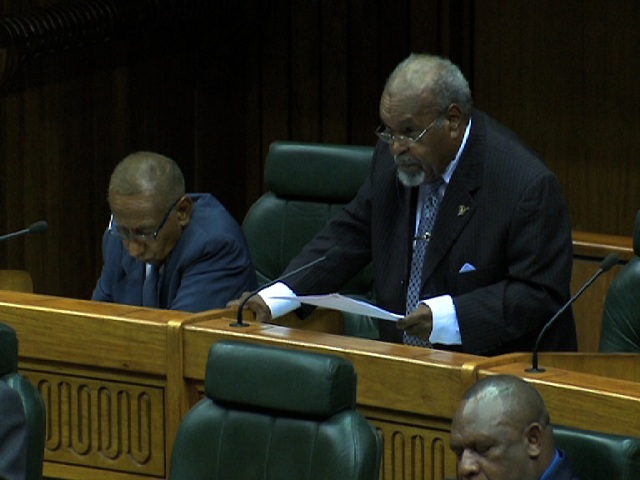 There were a number of complaints aboutthe conduct of police onthe floor of parliament on Tuesday.

East Sepik governor Sir Michael Somare called for an appointment of a new provincial commander in East Sepik statingthe current one is ineffective.

Sir Michael’said law and order in his province has grown out of control with crimes like rape and robbery at an all-time high.

He raised concern aboutthe misuse of police vehicles, calling for all tints to be removerd.

Reasons for the decline in police performance included welfare issues and training not only for new recruits but for senior officers as well.

Onthe question of an appointment of a new police minister he saidthe prerogative lies withthe police commissioner. He will do a follow up.