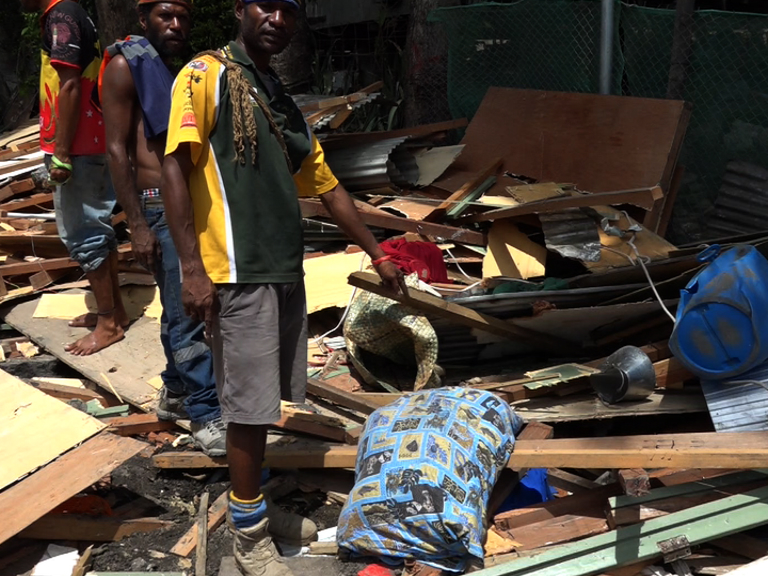 A family in Port Moresby has been left homeless as a result of what they claim was an illegal eviction exercise.

Their house and properties at Hohola Four were demolished without their consent in the name of eviction.

The owner from Gulf Province, is a single mother, and works with the National Parliament.

EMTV News arrived at the scene; minutes after the demolishing exercise were conducted under police presence.

The home owner, who works at the National Parliament, broke down in tears, when news reached her while at the work place.

Her home for the last 46 years was destroyed, following an ongoing court battle.

“We were not served with a court order, eviction and demolition notice by police and other responsible authorities like NCDC and Lands Department,

“This is an act of bribery which I will raise with the courts,” The owner said.

The family says this eviction exercise  have been executed in the name of development and money, leaving people homeless, and they have become victims.

NCD Metropolitan Superintendent, Ben Turi and NCD and Central Command, Sylvester Kalaut were alerted regarding this story and will soon make a response.

WECREATE Challenge Supporting the Economic Empowerment of Women in PNG

What happened to this family and what was the police response?