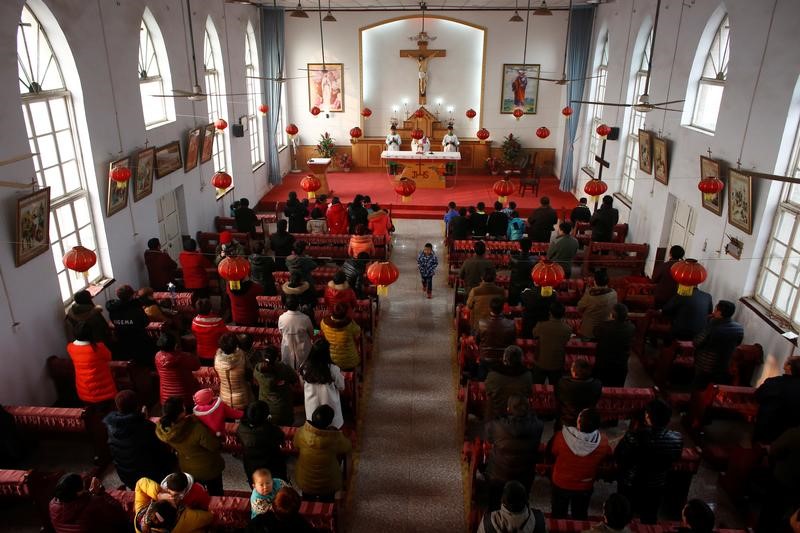 BEIJING/HONG KONG (Reuters) – Every winter Sunday in the Chinese village of Youtong, hundreds of Catholic faithful brave subzero temperatures to meet in a makeshift, tin-roofed church. Tucked away in a back alley in a rural area of Hebei, the province with China’s biggest Catholic community, the gatherings are tolerated – but are illegal in the eyes of the local authorities.

These worshippers are among the millions of “underground” Catholics in China who reject the leadership of the state-sanctioned Chinese Catholic Patriotic Association (CCPA), which proclaims itself independent of Rome. The underground Catholics are solely loyal to Pope Francis.

The Vatican, though, is currently seeking better relations with communist China – which is making some underground Catholics wary and concerned. Some are not ready to accept reconciliation with a Chinese government that has persecuted them for years. They now represent the biggest challenge to Francis’ hopes of developing a long-lasting entente with Beijing, according to Catholic Church officials and scholars.

Pei Ronggui, an 81-year-old retired bishop who was recognised by the Vatican, made plain his concern about the CCPA as he prepared to take confessions in a bare room at the makeshift church in Hebei.

“There’s no way there can be an independent (Catholic) Church (in China) because that is the opposite of the principles of the Catholic Church,” said Pei, who spent four years in a labour camp after a 1989 government raid on an underground Catholic service in Youtong. “They (the Chinese government) have to change; if they don’t change, then the pope cannot agree with them.”

Cardinal Joseph Zen, a former bishop of Hong Kong, is also openly critical of a soft approach by the Vatican to Beijing. “A bad agreement – such as one that imposes the underground Church to submit itself to the government – would make these underground people feel betrayed by the Holy See,” Zen told Reuters.

A senior Vatican prelate told Reuters that, while the Holy See appreciated Zen’s concerns, the situation in China “is not black and white and the alternative (to an agreement) is a deeper schism in the Church.”

The pope is keen to heal a rift that dates back to 1949 when the communists took power in China, subsequently expelling foreign Christian missionaries and repressing religious activities. Since then, the People’s Republic of China (PRC) has refused to submit the local Catholic Church to Vatican authority, and the Vatican has refused to recognise the PRC. 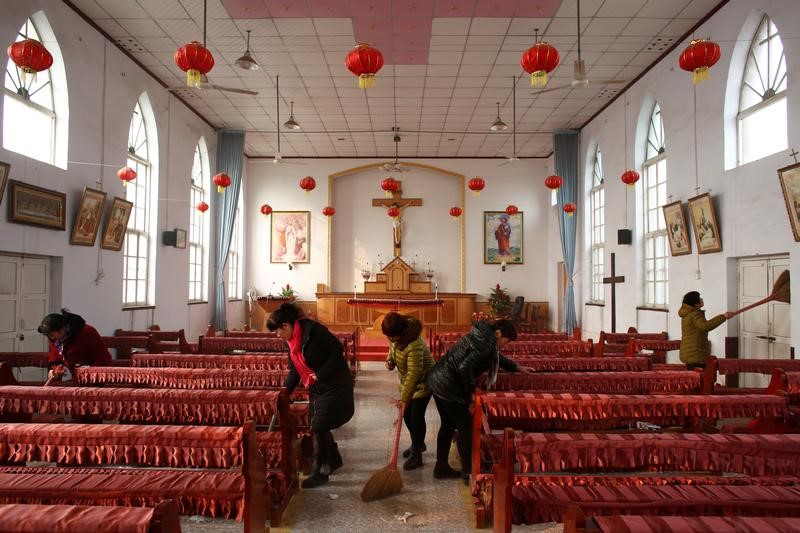 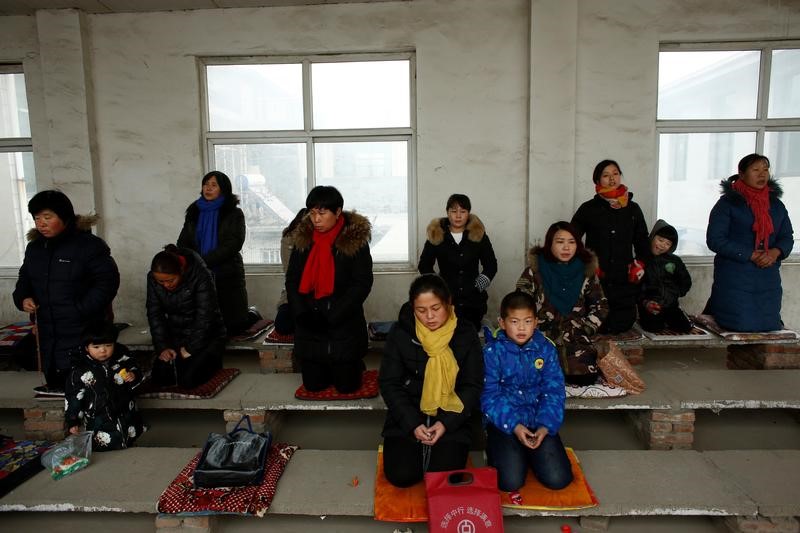 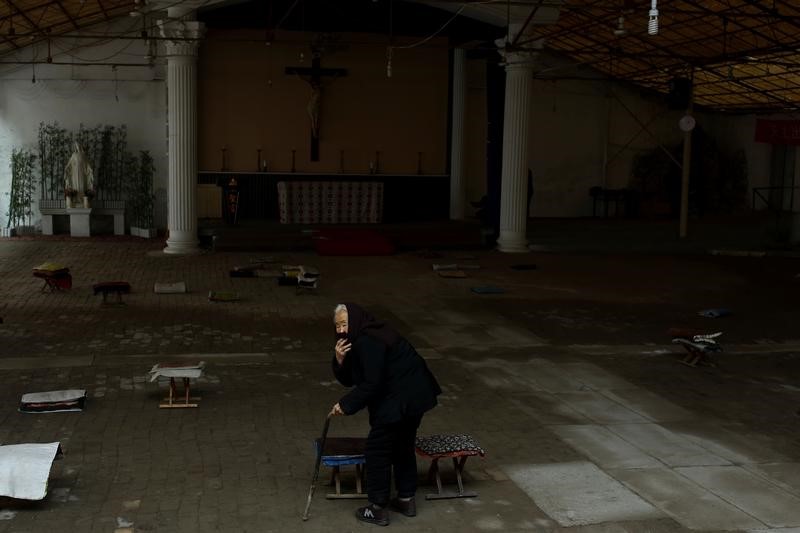 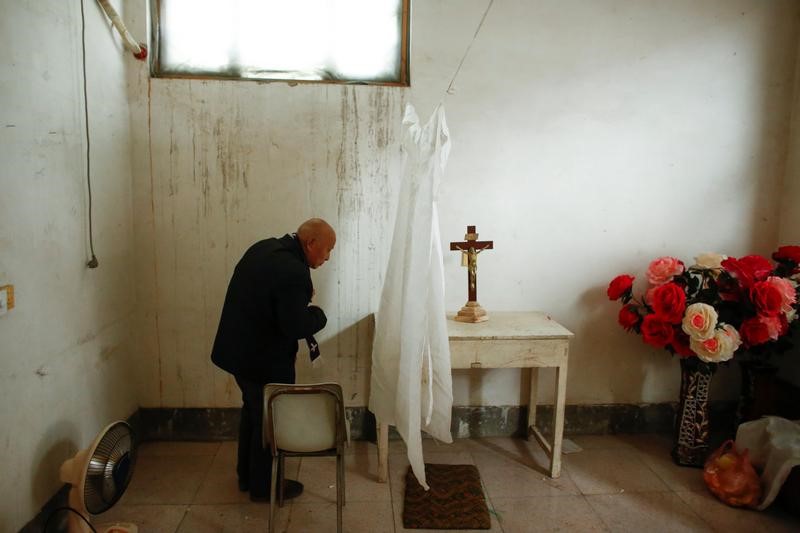 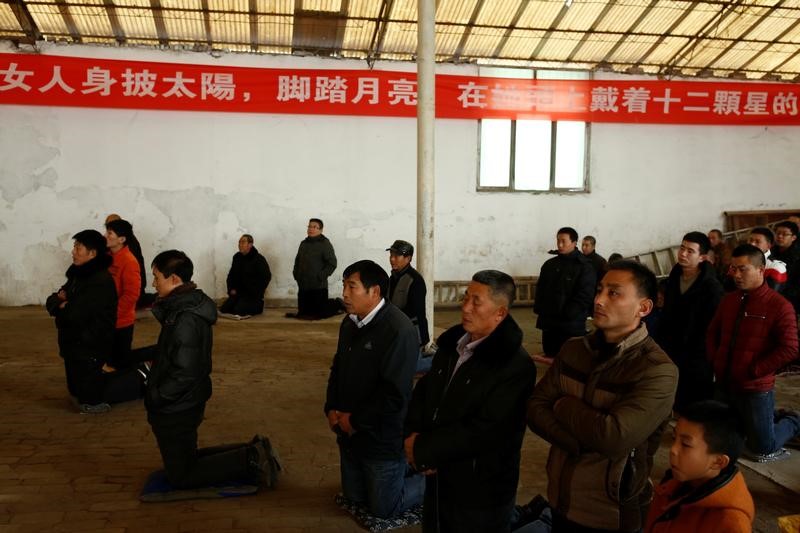 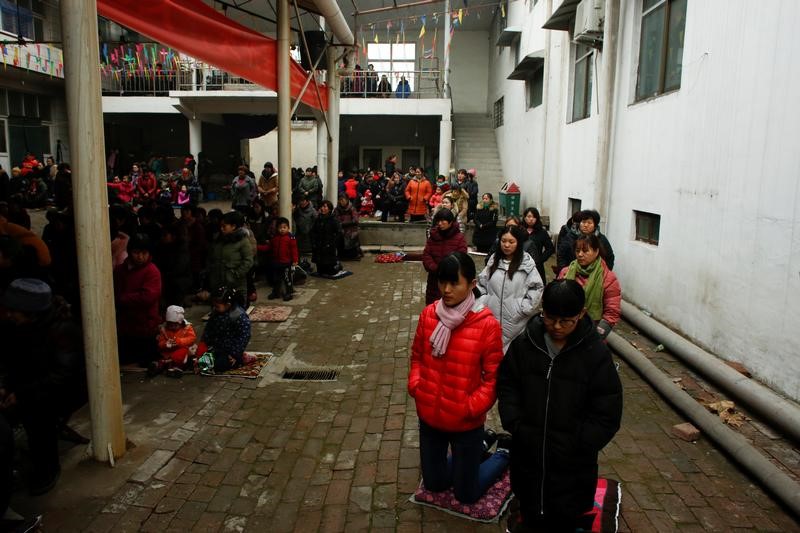 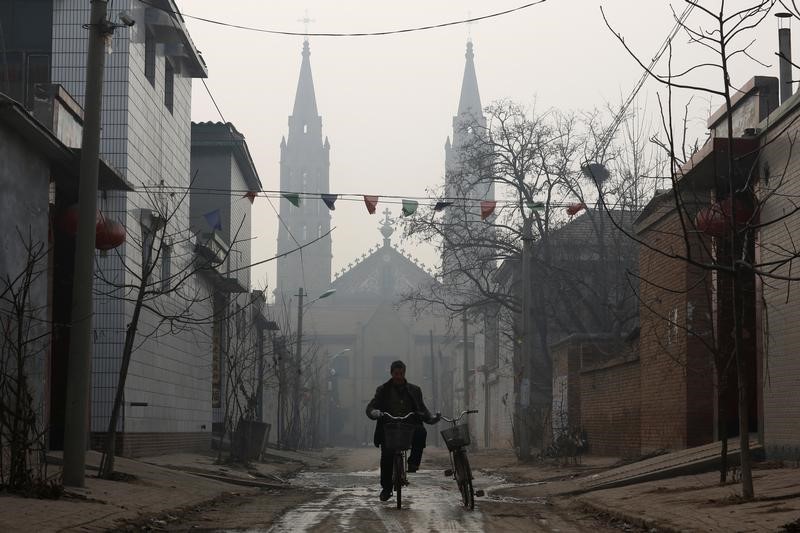 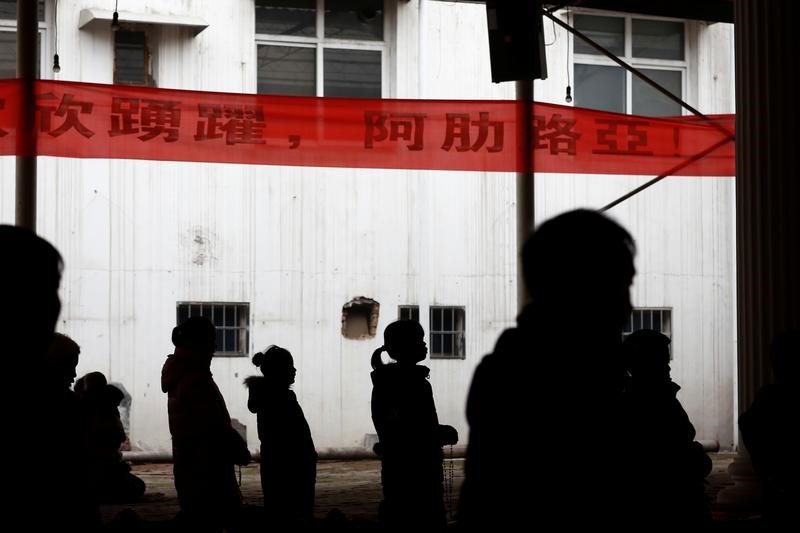 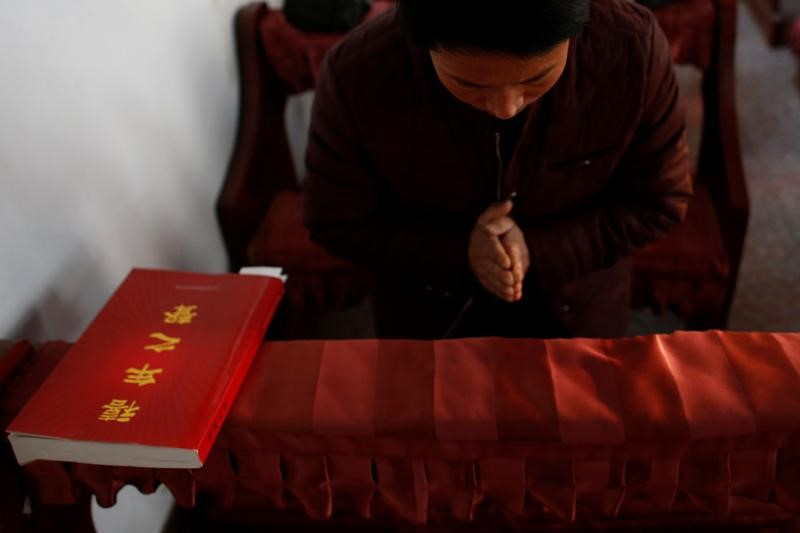 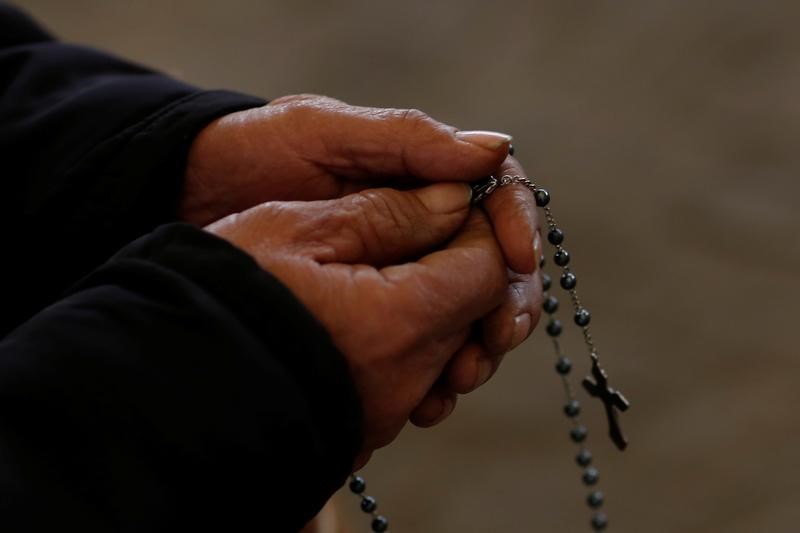 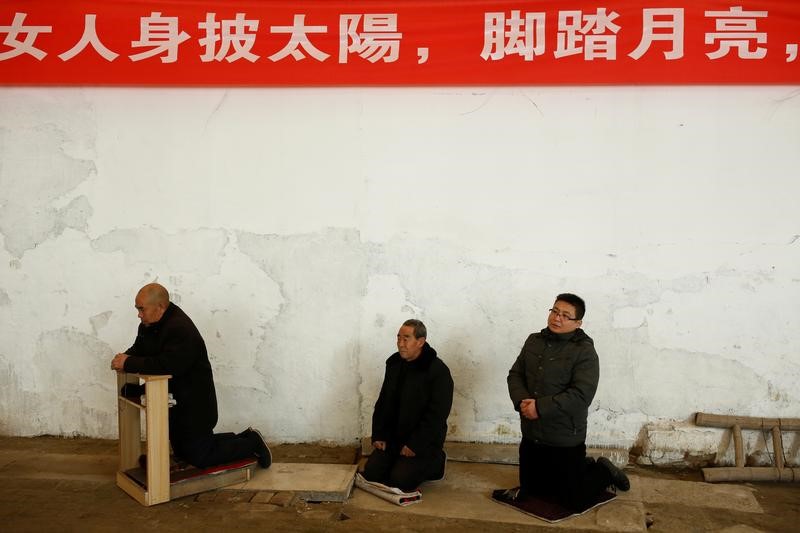 Chinese Catholics on all sides – underground and in the state-sanctioned community – number an estimated 8 to 10 million and are overall loyal to the pope. Dozens of interviews with clergy and faithful show both sides wish for a positive outcome to the current talks. Nevertheless, many, especially among the underground Catholics, remain sceptical that the talks will lead to any substantial improvement in their religious freedom.

A draft agreement on the thorny issue of how to ordain bishops in China is already on the table, as Reuters has previously reported. The Vatican is keen to prevent Beijing from appointing new bishops who have not been recognised by the pope. There are about 110 bishops in China. About 70 are recognised by both sides; 30 just by the Vatican; and eight just by Chinese authorities.

The negotiations do not at present focus on whether Beijing should recognise the 30 or so underground bishops who have been approved by Rome but not by the Chinese government, according to Church officials, Vatican officials and Chinese sources familiar with the talks. Nor do they focus on the role of the CCPA, a political body that was created in the 1950s to supervise Catholic activities in China and is considered illegitimate by the Vatican because it runs counter to the belief that the Church is one and universal.

“The biggest problem is still ahead. And this is the Catholic Patriotic Association,” said father Jeroom Heyndrickx, a Belgian missionary and member of the Vatican Commission for the Church in China who closely follows the negotiations. “I have no impression at all that China is willing to give in.”

A source with ties to the Chinese leadership hinted at the government holding to a firm line, telling Reuters: “There is a saying: ‘When in Rome, do as the Romans do.’ Catholicism needs to adapt to Chinese ways.”

In a statement earlier this week, the Vatican said it was asking Beijing for “positive signals” about the talks. The CCPA declined to comment.

In interviews, underground Catholic clergy in China said they continue to face pressure to join the CCPA. That is problematic because the CCPA statutes say the organisation is independent of Rome, which clashes with the fundamental Catholic belief that the Church is one, holy, universal and apostolic.

“(Police) came to me again two years ago and asked me to sign up,” said an 86-year-old Chinese Catholic priest who runs a small underground church inside his apartment in Shanghai. The priest, who spent three decades in a labour camp in Western China for refusing to give up his faith, said he told the police: “I gave up more than 30 years of my life for a principle: do you think I could ever join (the CCPA)?”

The priest, who declined to be named, said his movements are restricted and that authorities have repeatedly refused to issue him a passport, denying him his long-standing wish to carry out a pilgrimage abroad.

Other underground priests and faithful interviewed by Reuters said they faced similar restrictions and were often questioned by police about their activities. Local authorities also ask to scrutinise all evangelical material, including adverts for charity events, according to Catholic faithful.

In September, Chinese police took underground priest Shao Zhumin out of his diocese in Zhejiang province against his will, according to sources with direct knowledge of the situation. The police wanted to prevent Shao, who had been appointed by the Vatican as assistant bishop of Wenzhou, from running the diocese after the death of a local bishop, according to the sources. Officials did not respond to requests for comment.

In Shanghai, the auxiliary bishop Ma Daqin has been under house arrest for more than four years following his resignation from the CCPA on the day of his ordination. The Shanghai seminary of Sheshan, where Ma resides, was once home to nearly a hundred Catholic students; but its activity has now ground to a near halt, with only six seminarians still studying here.

In the long term, such restrictions and declines pose problems for the Catholic Church, not least because Protestant churches are becoming increasingly popular in China. Those churches have opted for a less confrontational approach with the government.

Amid the tensions and talks, one Catholic priest has thrown down a challenge to both the Vatican and Chinese authorities. In October, Father Dong Guanhua declared he had been ordained bishop of Zhengding, 300 km (185 miles) southwest of Beijing, in 2005. He said he had become bishop without the mandate of either the Chinese authorities or the Vatican, and he has so far refused to clarify the circumstances of his ordination, even to the Vatican.

Dong, who says he never went to seminary and taught himself the Bible during the chaotic 1966-76 Cultural Revolution when many clergy were imprisoned or defrocked, is a maverick. But he illustrates the risk that some radical elements of the underground Church in China may break away from Rome, according to Vatican and Church officials.

“The underground Church will be wiped out if I don’t do this,” said Dong, 58, referring to taking a stand against the state-led Church.

The Vatican has urged underground Catholics in China not to take matters into their own hands if they oppose the Holy See and Beijing mending fences. But it has stopped short of criticising Dong. Rome appreciates that if he refused to bow to Vatican orders, it would show the Chinese government that Rome does not fully control the underground Catholics, according to Vatican and Church officials.

In light of such challenges some senior members of the Chinese clergy, in both official and underground communities, say they believe current talks between the Vatican and the Chinese authorities are going too fast. They feel a deal on the appointment of Chinese bishops, if signed, would be a historic step – but they caution that the wounds of repression cut deep and may take a generation to heal.

Even some of those who support dialogue between Rome and Beijing say a deal would not immediately bring together the official and underground communities after decades of suffering.

“The Catholic communities are very suspicious of each other. We are like a traumatised child,” said Paulus Han, a cleric and a prominent religious blogger in China. “We have to learn to live with a number of contradictions. It takes time.”

Factbox – The world’s most expensive places to buy water