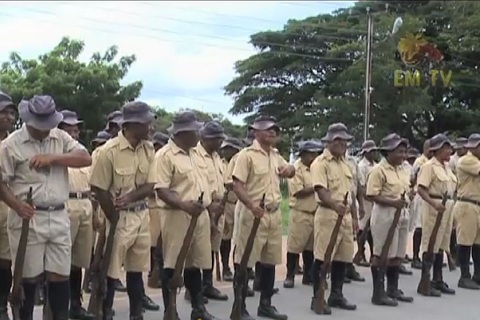 It will coincide with a pass out parade of cadet officers.

Police Commissioner Tom Kulunga said it is an opportunity for the police to showthe publicthe new directions thatthey are taking.

“We have a number of programs that we wantthe public to hear and see. So thatthe people know thatthe police force is moving forward and trying to make attepts at bringingthe organization tothe people. Atthe moment we have been criticized in many aspects of policing…”, Commissioner Kulunga said.

There will also be a showcase ofthe police force atthe indoor complex.