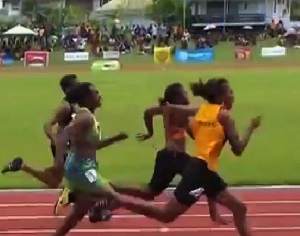 The PNG Sport foundation has already started planning the next PNG Games, working closely together with the PNG Games Organising Committee, for a succesful delivery.

Operations Manager, Freddie Mathies, said all 22 provinces will take part in the games, and has reassured the general public that the facilities will be delivered and ready well before the games

Freddie Mathies, told EMTV Sport in an exclusive interview yesterday, that the PNG Games progress is moving swiftly behind the scenes, with negotiations with the government.

Mathies said, his team is working closely with the West New Britain provincial government, to organise sporting facilities as well as logistics for the athletes and officials.

The PNG government will work closely with the PNG Games Organising Committee, to help with logistics and other areas they will need assistance with.

Kimbe will play host for next year’s PNG Games and will affiliate only 17 sporting codes for the twenty two provinces around the country.

While there’s some apprehension as to where the PNG Games will take place, Operations Manager Mathies, is confident the project is under control, and ready to bring all 22 provinces together for one of  the biggest national events that occurs, once every three years.

Meanwhile, the code of Hockey, already affiliated with its 9 clubs around the country, are in preparation for the Games in Kimbe.