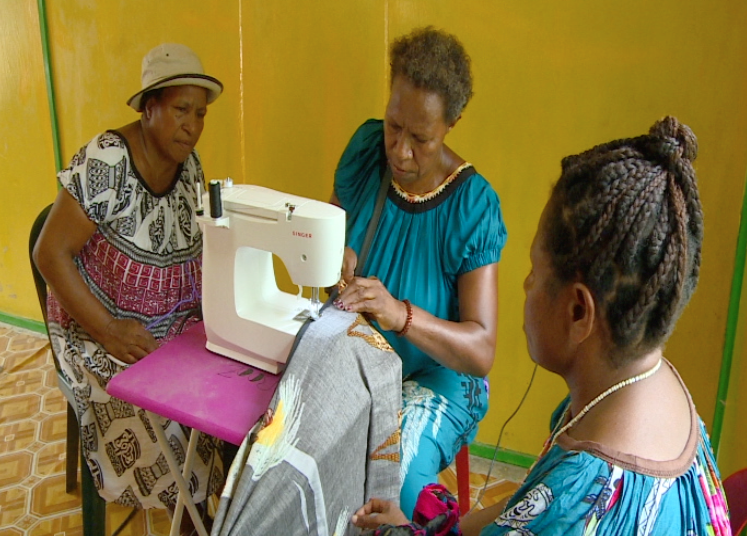 Rose Kiripo a single mother of 5 and president of Pioneer Women’s Foundation, established this care centre for disadvantaged and displaced women and girls throughout Port Moresby, this establishment is located at 9 mile in the nation’s capital.

With the intention to house, feed and provide security for these women, Rose bought a piece of land and brought in these women.

Being a single mother for 9 years, Rose understands the struggles women face daily. To date, the foundation has enrolled over a thousand women and girls throughout the nation’s capital, all from the 4 regions in PNG.

When asked why she established this foundation, she stated that raising children without a partner is a hard path. “I not only helped these women, they have been helping me as well,” she said.

Rose reflected on life back in the day, when mothers made an income through the sale of 20t ice block.

“When I first gathered these women, we started selling 20t ice block, once we had earned enough to get a sewing machine we purchased one and sewed K5 clothes to sell, from sewing and selling we were able to buy our first car, second car and now we currently own a CRV,” she said.

Women there specialize in sewing, knitting, bilum weaving and potting flowers. As women or mothers who moved into Port Moresby straight from their respective villages, they lack basic reading and writing skills.

Rose and her group of executives have engaged Maria Talalau, former Primary School Teacher and creator of smart coaching program to teach the women basic reading and writing skills. In which Rose states, will come in handy when they need to do banking for the little savings they have.

Despite, the group comprising of mostly women. A handful of men, support and lookout for these women.

After over twenty years of quietly making ends meet on a daily, these women were finally ready to share their story, to uplift women out there that are struggling to survive.

For these women and girls, hard work, sacrifice and dedication has seen them teach greater heights.

In early December, a total of twenty-five women representatives will travel to Australia to attend the Sydney Craft Market.