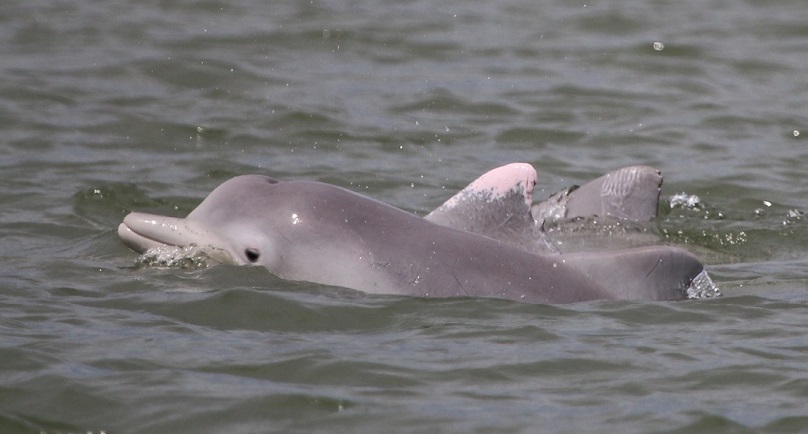 The successful Masters recipient is Elizah Nagombi, who will start his Masters with course work at James Cook University (JCU) in February this year. The two successful Honours recipients are Wilma Mavera and Monica Kolkia. Both will start their Honours program at The University of Papua New Guinea (UPNG) early this year.

The scholarships aim to support the research project carried out to protect and conserve unique dolphn species, that are found within the Kikori Delta of PNG.

“Investing in the dolphin research complements the PNG LNG Project’s approach to the long-term conservation of the pristine environment in which we operate,” Mr Barry said.

“Without the PNG LNG Community Investment Program’s support for these Honours and Masters Scholarships, the scientific knowledge concerning these species of dolphins would remain incomplete.”

James Cook University researcher, Dr Isabel Beasley, has been undertaking research on inshore dolphins in the Kikori Delta since 2011.

In an interview with Australian Antarctic Magazine Beasley says it is important to establish the status of inshore dolphins and other marine animals for conservation and management purposes.

“We still don’t know which species of Orcaella occurs in Papua New Guinea,” she says.

“Although Irrawaddy dolphins have been recorded in the delta, they could actually be the newly described as the snubfin dolphin’.

“Thankfully, ExxonMobil PNG has funded the project, which allows us to charter a live-aboard vessel to safely conduct surveys, and most importantly, engage numerous local PNG counterparts and students in the project.”

The Kikori Delta is currently the only region in the Pacific Islands and West Papua where the Orcaella Dolphin is found, so the population is considered a regional priority for research.

Once analysed, the results of the study would provide an accurate assessment of the conservation status, of not just the dolphins, but marine mammals within the Kikori Delta region.