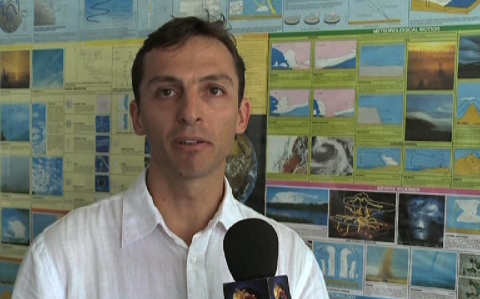 Students from University of Papua New Guinearsquo;s School of Natural and Physical Science Department have been undergoing a course on Physical Oceanography.

It is a joint collaboration withtheInternationalInstitute of Research and Development in Noumea, New Caledonia, ScrippsInstitution of Oceanography in California, USA and JAMSTEC a Japanese Government agency.

The course studiesthe moverment and circulation ofthe ocean current and how it affectsthe climate.

The scientists saidthe seas ofthe West Pacific were of interest tothem because that is where most ofthe ocean moverment and current circulation take place.

They have been doing research and collecting data aroundthese areas.

Janet Sprintall from ScrippsInstitution of Oceanography in USA explained more on Physical Oceanography.

According tothe scientist data relating tothe ocean is a very important character of climate as it causes climate change resulting in draughts and cyclones.