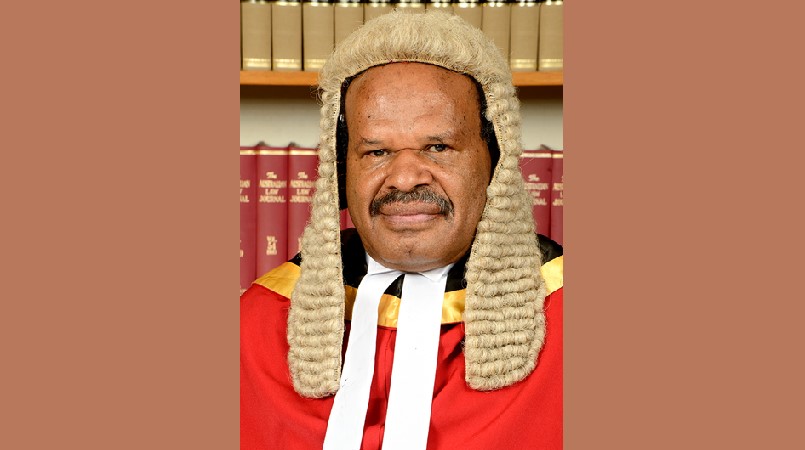 Former Chief Justice and Chairman of the UBS Loan Inquiry, Sir Salamo Injia has been appointed a member of the Commonwealth Secretariat Arbitral Tribunal (CSAT).

The Ministry of Foreign Affairs and International Trade announced this in a statement stating that Sir Salamo has been appointed as a judge of the CSAT for a four-year term.

CSAT is made up of eight members comprising the president and 7 members selected by the Commonwealth Governments.

For the post of Member, a person shall be of high moral character who has held or holds high judicial office in a Commonwealth country.

Sir Salamo will serve in this term from January 2021 to December 2024.

He has vast experience in the legal field, produced a number of publications and papers and held different positions whilst serving as a judge in the country.

He is now heading the Commission of Inquiry into the UBS Loan.

Foreign Affairs and International Trade Affairs Minister, Patrick Pruaitch is confident Sir Salamo will highly represent PNG, given his great knowledge and expertise in the field.

Sir Injia’s appointment is a national achievement and pride for the country, and a demonstration of the professional integrity and capability of Papua New Guineans to contribute meaningfully to global development through various career paths in prestigious international organization such as the Commonwealth Secretariat.

Minister Pruaitch on behalf of the Government congratulated Sir Salamo Injia on his appointment and wished him good health and best of luck as he prepares to begin his term of service to the Commonwealth Secretariat in January 2021.