Times are undoubtedly tough in Papua New Guinea’s mining and petroleum sector, but as the industry prepares for its biennial conference in Sydney in December, the PNG Chamber of Mines and Petroleum’s Greg Anderson tells Business Advantage PNG there are still ‘bright stars’ to get excited about. 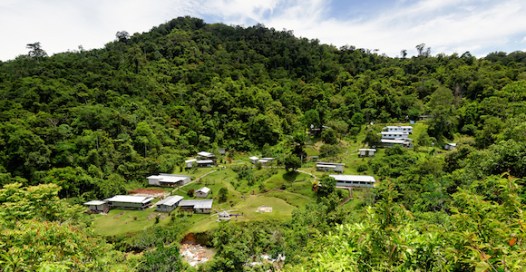 In spite of encouraging rallies this year from gold and silver, global prices for mineral commodities remain  low. PNG’s mining and petroleum industry is not alone in feeling the effects.

Profits are down worldwide and exploration activity is at a low ebb. 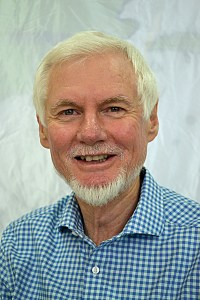 But experienced hands like Greg Anderson, Executive Director of the PNG Chamber of Mines and Petroleum, understand that the industry is cyclical in nature and that the preparatory work that will create the next upturn is already underway.

‘There are still some bright stars, in spite of the global situation,’ he tells Business Advantage PNG.

‘The takeover by ExxonMobil of InterOil will clear the way for greater synergies.’

Anderson and his team at the Chamber are preparing for the 14th Papua New Guinea Mining and Petroleum Investment Conference, set to be held at the Hilton Hotel in Sydney from 5 to 7 December.

The biennial event, the industry’s major gathering, will provide a comprehensive overview of these positive developments, as well as providing updates on PNG’s many existing resource projects, including the ExxonMobil-led PNG LNG project.

Anderson believes the takeover by ExxonMobil of InterOil (finally approved by a US court in the last week in September) will clear the way for greater synergies between the existing PNG LNG project and the Papua LNG project, the country’s second planned LNG development in which InterOil had a significant stake.

He expects ExxonMobil and France’s Total SA, which is the designated operator of Papua LNG, to optimise the project.

‘Papua LNG is expected to be in the lower cost quartile of LNG projects around the world,’ he observes, indicating that prospects for financing of the second LNG project are positive.

In addition to this, ExxonMobil’s promising efforts to develop the P’nyang gas field in Western Province could well underpin the opening of a third train at its LNG plant outside Port Moresby. That would be a significant expansion for a project already beating production targets.

PanAust, the developer of the Frieda River project, applied for its mining lease in late June, less than a year after being acquired by Chinese provincial investment fund, Guangdong Rising Assets Management.

Newcrest Mining and joint venture partner Harmony Gold are not far behind, having applied for a special mining lease for Wafi-Golpu only last month.

Nor has exploration activity altogether stalled in PNG.

‘If there’s one key issue outstanding for miners, it is the proposed new Mining Act.’

Harmony Gold, which only this month ramped up its presence in PNG by acquiring joint venture partner Newcrest’s 50% share of the Hidden Valley gold mine, is getting exciting results from its Kili Teke prospect in Hela Province. Latest estimates suggest a resource of some 1.2 million ounces of gold and half a million tonnes of copper.

Meanwhile, Anglo American and Highlands Pacific are continuing exploration activity in their joint venture in the Star Mountains in West Sepik Province, north of the Ok Tedi copper-gold mine. (For more on the current state of exploration, click here.)

If there’s one key issue outstanding for miners, it is the proposed new Mining Act. Despite a lengthy drafting process, industry still has many major outstanding issues with the current draft.

Anderson says what PNG needs is ‘a continuation of our successful internationally competitive and stable legal, fiscal and regulatory regime so that benefits such as royalties, employment, education and training among others are maintained and that there is continuous growth in both the mining and petroleum sectors.’

The 14th Papua New Guinea Mining and Petroleum Investment Conference will be held at the Hilton Hotel, Sydney from 5 to 7 December. For further information, visit www.pnginvestment.com.