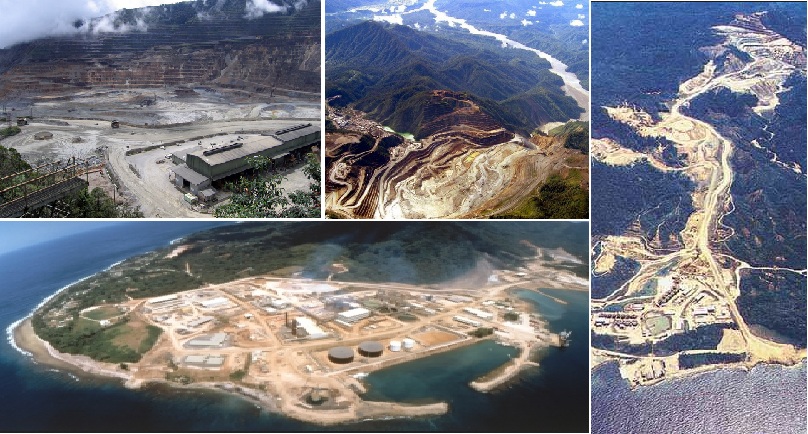 Following the Prime Minister’s invitation to foreign investors at last week’s Mining and Petroleum Investment Conference, the UN is urging for a ‘cautious and planned approach’ when bringing foreign investments into the country.

While enthusiasm came from many analysts, exploration companies, our government and other stakeholders for the future of PNG’s mining industry, the conference was described by the Pacific Network on Globalisation (PANG) as “encouraging investment in destruction.”

“This conference is aiming at not only showcasing existing opportunities for destructive investment but also highlighting PNG’s status as the first country to try the untested and potentially devastating industry of seabed mining,” commented Maureen Penjueli, PANG coordinator.

Penjueli sent out a stern warning to investors, stating it is a ‘high risk investment’, as the extent of negative impacts could go beyond repair.

PNG is the first country in the world to approve the process of seabed mining; it’s Solwara 1 project in the Bismarck Sea is administered by Canadian Company Nautilus Minerals Inc. Nautilus has the largest number of exploration licenses that cover an area of 500,000 km² of the ocean floor in the Exclusive Economic Zones of PNG, Tonga, Tonga, Fiji, the Solomon Islands, Vanuatu and New Zealand.

Disapproval for this project is getting louder and stronger from the community of New Ireland, including landowners, environmentalists, scientists and other non-government organisations as the project’s impact is said to be devastating on environmental, social, economic and cultural aspects.

Foreign investment has done little to none; it is reflected in those communities that have been exploited, as well as the majority of the country over the decades as per statistics from the United Nations (UN).

UN coordinator in PNG, Mr Trivedy said “while, foreign investment is contributing to the country’s economy, better strategies need to be in place to take significant wealth generated by extractive industries and translate this into meaningful human development for citizens across the country.”

“Over the past 40 years, the country has had over PGK 150 billion invested as a result of private corporations involved in the extractives sectors. Papua New Guinea has also experienced 14 years of consecutive economic growth – an achievement experienced by very few countries globally – but this financial growth is not clearly visible in terms of significant improvements in the wellbeing of all citizens,” Mr Trivedy said.

“We are seeing what is known as a ‘paradox of plenty’ (otherwise known as a ‘resource curse’) – a situation where the country’s resource wealth is not translating into increased opportunities and capabilities for the majority of citizens,” he said.

Trivedy notes that the resource curse is especially apparent for the large majority in rural areas, and particularly for vulnerable and marginalised segments of society, including women, children, the elderly, youth, people suffering from long-term illnesses, and those living with disabilities.

“It is the most vulnerable of our society who should be benefitting most from the resources boom, but instead there is a danger of them being left further and further behind.”

The Papua New Guinea economy is heavily dependent on the extraction of minerals, but PNG has had little to show for in terms of its basic services as health, education and water services. It is evident that the revenue from mineral projects does not trickle down to the communities.

In recent months, the Prime Minister’s cabinet has been challenged and criticised for their reforms in education and health services, to which they argued that ‘turning around neglect for the past takes time and will not be achieved overnight’.

According to the 2014 Transparency International Corruption Perceptions Index, PNG’s public sector is still classified as highly corrupt as it was two years ago.

PANG’s Penjueli advises that this country now has an opportunity to ask the harder questions and instead of focusing on getting more foreign investors to pay for a ‘pittance of our wealth’, PNG needs to focus on building an economy that will support our cultural practices and the realities of Papua New Guinean life.