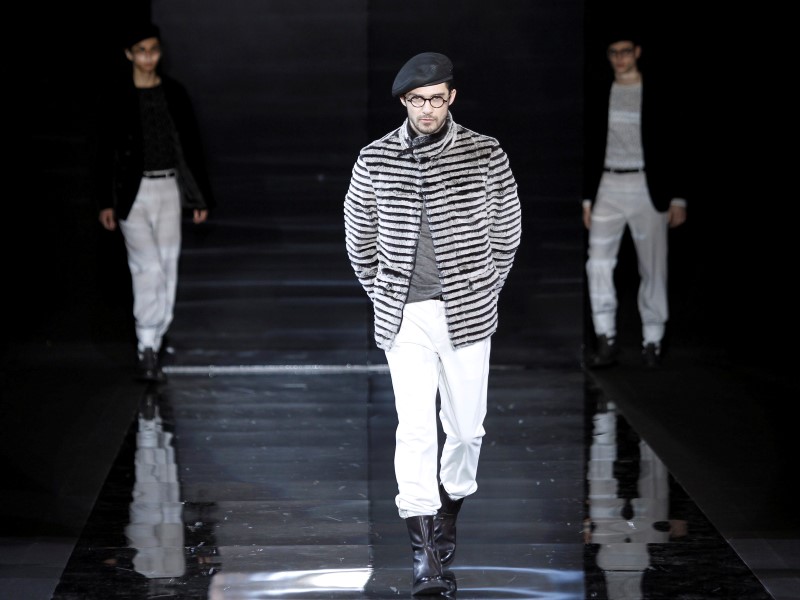 MILAN (Reuters) – Men are in danger of falling off the catwalk in Europe.

Menswear shows, traditionally held months before the women hit the runways later in the year, are being slowly airbrushed from the fashion industry’s calendar and folded into the women’s events, almost as an accessory.

In Milan, where male models are strutting their stuff in shows that began on Friday for men’s fashion week, 10 designers have decided not to showcase their collections this year including Calvin Klein, Ermenegildo Zegna and Kering’s Brioni and Bottega Veneta.

Other brands, including Burberry, Gucci and Tom Ford, have announced in recent months that they plan to stage combined events in future. Most said this would allow them to show buyers and customers both collections at the same time, giving a more complete idea of their designs.

But some industry insiders and analysts say separate men’s fashion shows, which can cost up to hundreds of thousands of dollars each, are no longer worth the money for luxury brands, which have been hit by a global sales slowdown.

Menswear pulls in far less money than womenswear, in terms of sales, and men’s shows generate a fraction of the global publicity of women’s.

“They (brands) are focusing on what has the highest return on investment,” said Bernstein analyst Mario Ortelli.

The women’s shows draw A-list celebrities such as George Clooney and Beyonce in their front rows, attract throngs of news photographers and broadcasters and trend wildly on social media. In contrast, men’s catwalk don’t turn as many heads with their low-key guest lists.

Focusing even more heavily on women’s shows could further widen the gulf between global sales of womenswear and menswear.

The warning signs for male models flashed four months ago when both Burberry and Tom Ford said they would hold combined shows. Italian luxury brand Gucci followed suit in April, announcing it would merge its collections and shows starting next year.

Bottega Veneta also said it would integrate its shows for its 50th anniversary, though not confirming whether it would continue doing so in the future.

“Although menswear has acquired more of a standing over the years, the women’s shows are still the most important … with many more brands focusing on women,” said Vick Mihaci, President of Elite Management, a leading model agency.

But industry experts explain that fashion shows are not as cost-effective as they once were and that the industry has to pay greater attention to costs as world demand for luxury goods has weakened.

Social media is heavily influencing the industry, speeding up demand for new products but also allowing fashion brands to reach out to potential customers more directly and inexpensively.

Elizabeth Rose, director of the men’s section at Premier Model Management, said that although merging male and female shows is in the best interest of designers, it was a “disaster” for the male modeling sector.

“Ultimately it’s the women who lead in fashion, and the men will always tag along,” he said.

What can be done about unhealthy foods