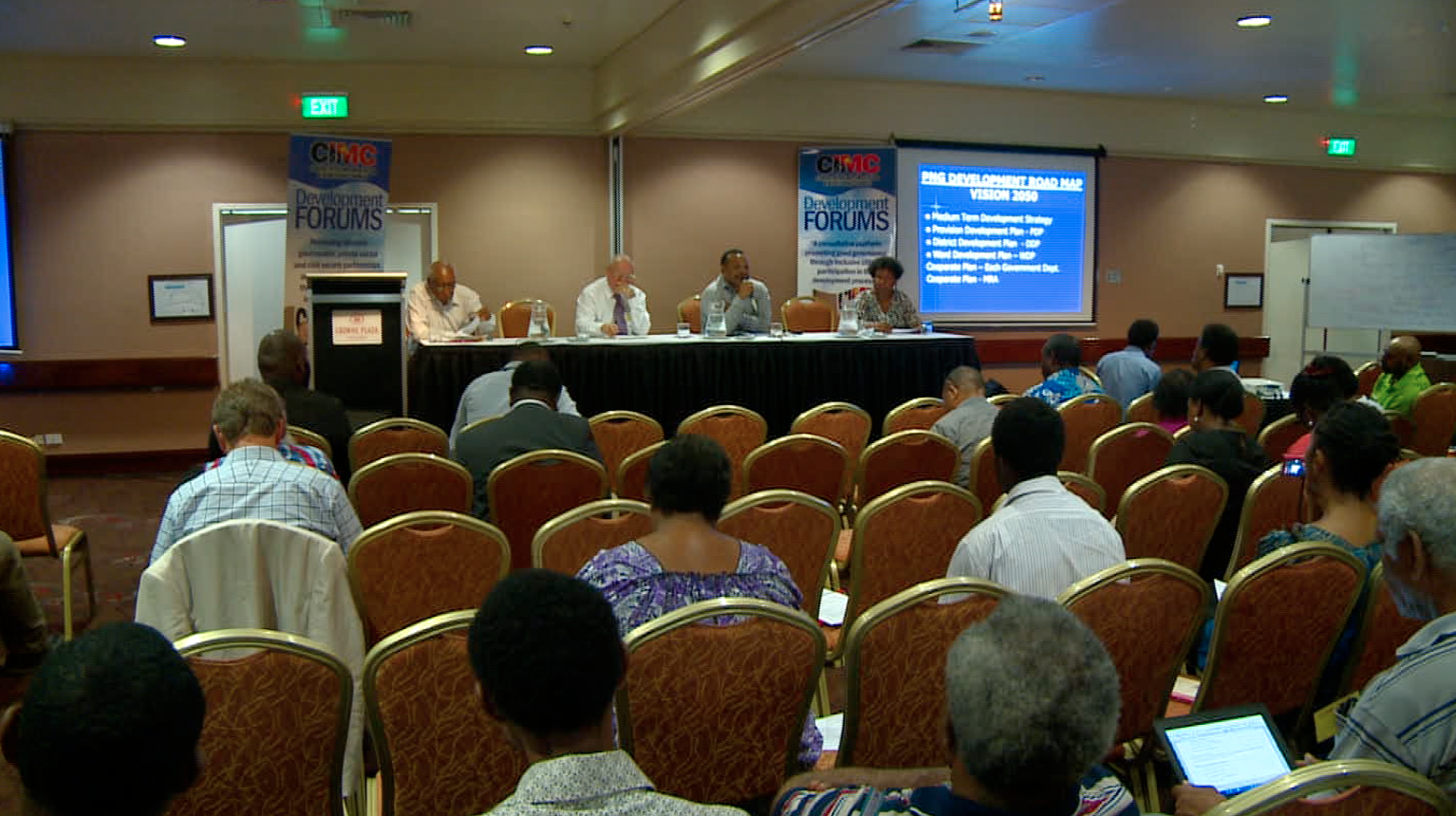 In these challenging times, Papua New Guinea needs to go back to basics to ensure real development.

This was the general consensus during the National Development Forum 2017, held in Port Moresby.

The event, hosted by Consultative Implementation & Monitoring Council, concluded yesterday, with recommendations from this forum to be presented to the government formed after the National General Elections.

Among the presentations, sessions on the extractive industry, as well as the role of the public service in promoting an honest, compliant working culture – all intended to provoke discussions from those present.

According to CIMC Executive Director, Wallis Yakam, the forum this year was critical, as it is during the election period – she says outcomes from this year’s event, which will be presented to the new government, must be the start of positive changes for the country.