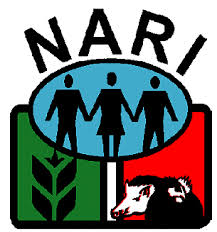 The National Agricultural Research Institute has identified a total of 11 probable sites, in the seven Highlands Provinces, to set up Farmer Resource Centres.

Six targeted project areas have signed a Memorandum of Understanding with NARI.

It is an agricultural innovation project that stands to improve the livelihood of the seven Agricultural provinces.

A Focus group study by NARI and funded by Australia on agricultural production, has discovered the learning needs for local farmers in the Highlands Region to engage in production and post-harvest management.

The resource Centre’s which will be set up are for NARI to train farmers on the required knowledge from farming to marketing and processing of the three value chains. The main target of training the local farmers is to improve their thinking capacity.

It is a Rural Economic Development Project that targets rural households to alleviate the poverty in rural farming, food security and improved standard of living.

The eleven targeted project areas are; Okapa station and Ifiyufa in Eastern Highlands, Gumine and Gogme in Simbu, Minj in Jiwaka, Tambul and Baiyer in Western Highlands, Mendi and Ialibu in Southern Highlands, Laiagam in Enga and Hela.

These are the areas where most of the three value crops are farmed and sold.