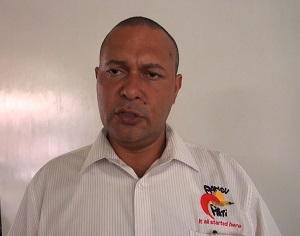 Deputy Opposition Leader, Sam Basil, has called on the Government to remove tariffs on rice and tinned fish to reduce the high cost of living.

He also called on the National lands and Physical Planning Department, to work with Lae’s Landowners, to turn customary land into planned suburbs.

His response comes as more middle income earning Papua New Guineans continue to move into settlements, to escape the high cost of living in the commercial area.

The Deputy Opposition Leader has called for a more decisive approach for the high cost of living in towns, and cities around the country.

He suggests to cut tariff on Rice and tin fish to make them affordable.

It comes amidst increasing public pressure from Lae residents, that the cost of living is still expensive.

Sam Basil sees producing PNG made products, in the local agricultural sector, as means to reduce the cost of food in shops.

“We are in trouble because we can’t grow our own rice, pork or beef, thats something the Trade and Commerce Minister, Richard Maru and the Prime Minister has to look into,” says Basil.

The high cost of living in Lae’s commercial area has forced many families into the outskirts of the city.

Like other towns and cities through out the country, young families are leasing land off customary land owners, and raising families.

Sam Basil, the Morobean Leader, has called on the National Lands and Physical Planning Department to work with local land owners to plan their customary land into suburbs, they will remain as the owners of their land while affordable homes can be built.