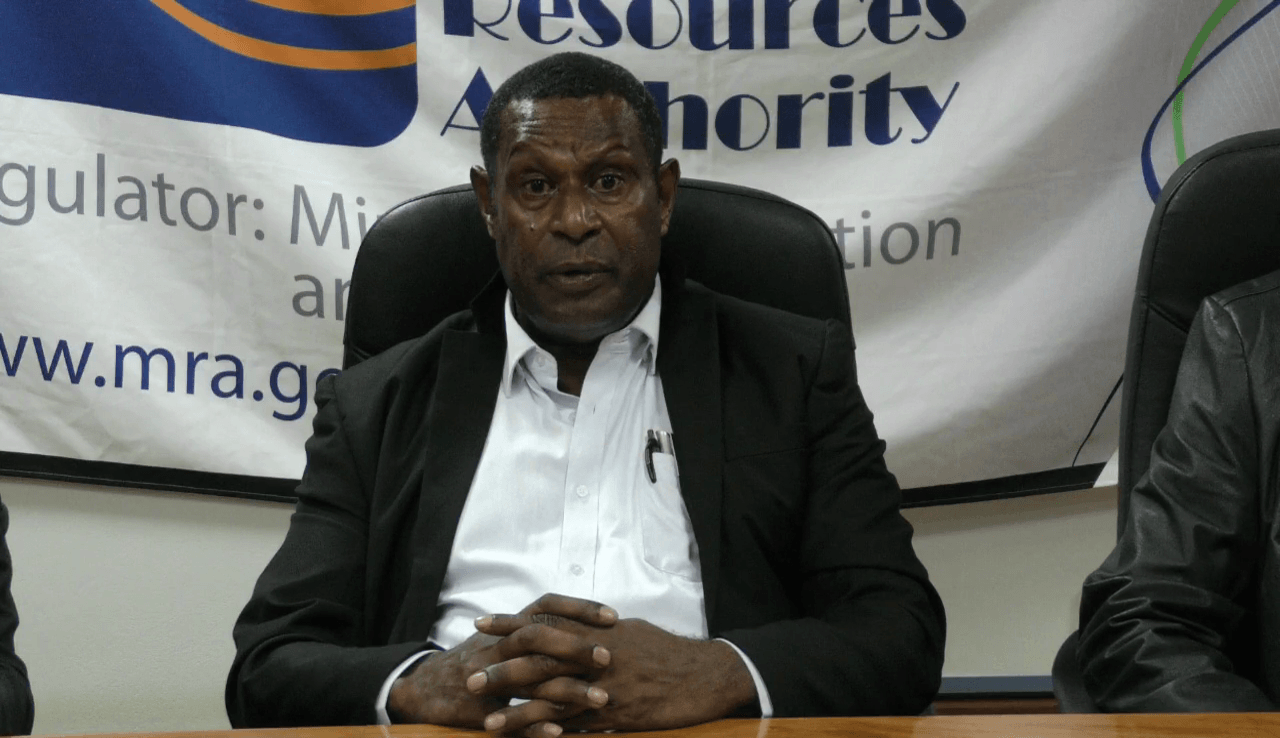 Following recent actions to forcefully shut down the operations of the Wafi Golpu project in Morobe Province by disgruntled landowners, the head of the country’s mining regulator has assured them that no-one has missed on benefits from the project following the recent signing of an MOU between the project and State.

MRA Managing Director Jerry Garry also revealed that the project’s Development Forum Process would recommence in February, where all benefit negotiations would take place, before the signing of the final project Memorandum of Agreement.

After weeks of disruptions to operations at the Wafi Golpu project sites in Morobe Province, the Mineral Resources Authority has finally commented on this issue, providing an assurance that no-one has missed-out on benefits.

According to the MRA Managing Director Jerry Garry, the recent MOU signed between the state and project developers  was intended to establish understanding and guidelines that give assurance to the investor, that the Government was supportive of the investment to develop this major project.

With the MOU not in any way settling the benefits that will be negotiated during the Development Forum process.

He added that the development forum process, which paves the way for the signing of the Project MOU, will recommence next month, with the MRA facilitating this process.

“I want to assure the landowners and all the stakeholders, the provincial government and the local level government that they are not missing out on anything. The development Forum will continue and all the benefit sharing arrangement will be properly created for, under the development forum process,” said MRA Managing Director Jerry Garry.

“That process will recommence on in second week of February. And we will continue until we have captured all the aspirations and the size of every stake holders.”

The Wafi-Golpu project is estimated to provide investment within the vicinity of US$5 billion – a significant project which the country is banking on, to support the economy long past the closure of existing mines.

The MRA has also encouraged all stakeholders to work together to ensure that all views are included prior to the completion of the project MOU – with the state looking to have this completed this year, in line with the project timeline.