Prime Minister James Marape engaged in series of heart-to-heart conversations with the people of New Ireland during his three-day visit to Kavieng, Lihir and Namatanai.

He was in Kavieng on Tuesday, Lihir on Wednesday and Namatanai today.

On Wednesday, while addressing Nimamar LLG on Lihir Island, Prime Minister Marape encouraged ward Members and Presidents to continue on being the “face, arms and feet of Government” in service delivery.

He said this while commending the LLG on its effective functioning.

Prime Minister Marape offered National Government help through their DDA for the betterment of Lihir islanders.

He also told thousands of local people who gathered outside the LLG chamber, that the Marape-Steven Government was all about “economic empowerment”.

He paid special appreciation to an emerging agriculture partnership between Namatanai District and Newcrest Mine. 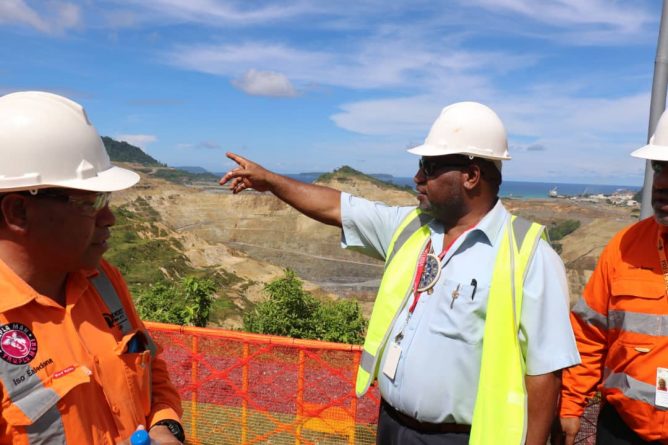 The district mobilises people into agriculture, partnering with PNG Micro Bank, with produce sold to the mine.

“Every day, about K10,000 worth of vegetables is bought by the district company and sold to the mine,” Prime Minister Marape said.

“This is a classic case of people starting in business that they are comfortable with.”

The Prime Minister travels from Lihir to Namatanai, where he will overnight.

He flies to Bougainville tomorrow to address the people in Arawa after an overwhelming vote for Independence this week.

“This will be the longest regional tour I have undertaken,” Prime Minister Marape said.

“We will visit more rural areas of PNG as my focus is to economically empower and connect the country.”