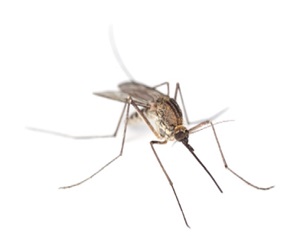 The Madang town clinic, situated within down town Madang, sees more than 20 malaria patients come through per day.

“We recorded 471 patients in the month of February this year, and I see about 25 patients a day which is a bit too much for me,” said Barbara Sombari, the Madang town clinic Laboratory Technician.

The clinic’s patients come in from all over Madang, including those who should be treated by the Modilon General Hospital.

“The patients come in from the Modilon Hospital and nearly all parts of Madang to get their blood checked for malaria parasit’s,” Sombari said.

The only lab technician that’s not likely to be found in any other clinic in the province, Sombari said that some of the patients, especially children and some adults, go into convulsive fits while waiting to be treated.

Madang Town Clinic, and the influx of patients, could be put down to a number of reasons. The most likely of which being the fact that many from rural areas would have clinics that would be devoid of the required medicine to treat infections.

“It takes about 20 to 30 minutes to have just the first five patients get their blood taken and eventually checked under the microscope. This more or less takes up the whole morning,” Sombari said.

Given the statistics of the Madang Town Clinic seeing more than 20 patients a day for 365 days in year, it is quite the sum for a curable disease.

Now this is just the Madang Province, featuring just one of Madang’s urban Town Clinics. Think of what’statistics of others throughout the country, and it no doubt shows that malaria is still a big problem here in PNG.

Strengthening Disaster Management in The Pacific