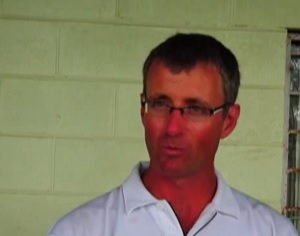 This week, the national golf team attended a training camp at the Royal Port Moresby Golf Course in the lead up to the Pacific Games.

The training camp is one of the avenues that will be used as selections for the PNG golf team.

The team, comprising of Port Moresby and Lae golfers, went hard out during the week not just on the golf course but at the High Performance Training Centre as well.

Bolton believes the team is preparing well and is confident they will perform to expectations come the Games in July.

One of the young contenders for a spot on the national team, Shavina Maras said that training and preparations are well underway. She is hoping to make her second appearance at the Pacific Games this year.

The final team will be announced in May and all current members on the train-on squad are vying for a place in the national golf team. With 12 medals up for grabs at the Games, Bolton believes the team is more than capable of grabbing a share.

According to coach Bolton, the fairway itself plays an important role and is a factor to be taken into consideration, especially with this being the home course. The advantage will give them that extra edge over their competitors, placing our golfers in a far better position for the Games.

Federer to make return at next week’s Miami Open

Major Changes Ahead for Boram Hospital