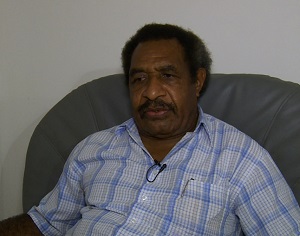 Mr Pil said the influx of foreign businesses has resulted in sub-standard buildings in Madang Town.

He says there is no proper planning or control over monitoring whether processes are being followed or monitoring how foreign businesses operate.

Madang Province is a developing township driven by its tourism and aaaaagriculture sectors. It is also home to the iconic flying foxes. In recent times, picus trees, the breeding hub of flying foxes, have been cleared off to cater for new developments in town.

Businessman Stanley Pil described the situation as an invasion by foreigners and if this is not addressed, the people of Madang will not only lose the flying foxes but land and jobs reserved for Papua New Guinea’s as well.

Mr Pil said some of the buildings and structures need to be thoroughly inspected by the building board. He says the lack of it has resulted in the construction of sub-standard retail shops in town. He has called on authorities to address the issue immediately.

The Provincial Lands Board has issued stop notices to certain contractors in town. They too are calling on their local MPs to investigate the matter.