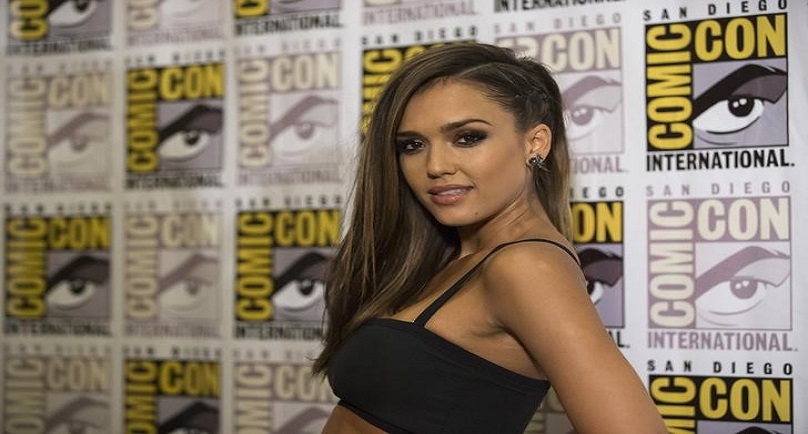 Image: Cast member Jessica Alba poses at a press line for “Sin City: A Dame to Kill For” during the 2014 Comic-Con International Convention in San Diego, California July 26, 2014. REUTERS/Mario Anzuoni/Files

A lawsuit filed on Friday by Brad and Manon Buonasera in U.S. District Court in Manhattan targets Honest’s marketing of at least 41 items such as floor cleaners, laundry detergent, children’s toothpaste, soap and bubble bath.

While the products were labelled “natural,” “all natural,” “naturally derived,” “plant-based” and “no harsh chemicals (ever!),” they contained “a spectacular array of synthetic and toxic ingredients,” such as the toxins phenoxyethanol and methylisothiazolinone, the Buonaseras said.

“Honest’s products are a chemical soup,” the complaint said.

The plaintiffs accused Honest of violating New York state consumer protection laws, and want class-action status for New Yorkers who bought the company’s products. They are also seeking damages that could top $5 million, and be tripled.

Honest has already discontinued or changed ingredients and labels for some of the 41 products, the complaint said.

In a statement, Honest said: “The Honest Company takes its responsibility to our consumers seriously and strongly stands behind our products. These allegations are without merit and we will vigorously defend this baseless lawsuit.”

Alba was not named as a defendant. The Buonaseras’ lawyers did not immediately respond to requests for comment.

A similar lawsuit over five Honest products is pending in a federal court in Los Angeles. Honest wants the lawsuit dismissed.

The Buonaseras said they sued after buying Honest’s Conditioning Detangler and Shampoo & Body Wash at a Costco store in Manhattan’s Harlem neighbourhood.

They said they contacted Honest in mid-September, and sued after the Santa Monica, California-based company failed to correct its advertising.

Honest raised $100 million in an August funding round, and, according to a published report, has worked with Goldman Sachs and Morgan Stanley on a possible initial public offering. The Buonaseras’ complaint refers to that plan.

Cricket – Cummins recognised for stepping up in bleak year for Australia

‘No survivors’ after plane crash in northern Pakistan mountains