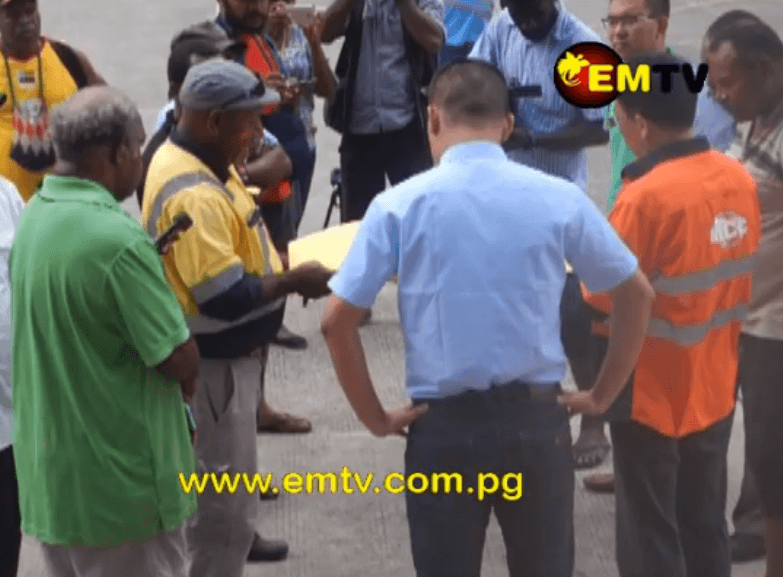 The landowners of Ramu Nico Project area have warned to shut down the company if their demands which were presented in a 3-page petition at 5:30 pm yesterday (21 November 2018) are not met within 7 days.

The landowners gave 7 days effective today (22 November 2018) for the PNG government and the company to give them a favorable response to their demands.

Their actions follow the signing of the Mining Extension Agreement between the PNG and Chinese Governments, and the developer; Ramu Nico Management Limited during APEC.

As well as other issues affecting them since the establishment of the mine.

They say they do not know the content of the agreement signed, nor were they informed of the signing of the mining extension, adding they did not take into consideration the interest of the primary beneficiary – the landowners, the provincial government and the local level government.

They say, since the establishment of the mine they have not been benefiting as expected. Adding for the last 13 years, they have not equally participated in the mine and have felt that they had been marginalized.

The landowners are demanding the PNG government and the Developer Ramu Nico, to respond to their four demands favorably before the 7 days lapse.

They also claimed a review of the MOA needs to be done, as the previous MOA had already expired in March this year thus the company is operating illegally, while also, demanding a renewal of the compensation Agreement, adding there was no relocation or resettlement program for landowners before the extension of the mine.

Ramu Nico Management Limited acknowledged the petition presented to them saying the MOU signed on Friday 16thin Port Moresby, is only a high-level understanding.

This will pave way for other agreements and detail engagement which landowners will be consulted and will be required to get involved. The company described the landowner’s reaction to the media and the threats to shut down the project as premature and irresponsible.