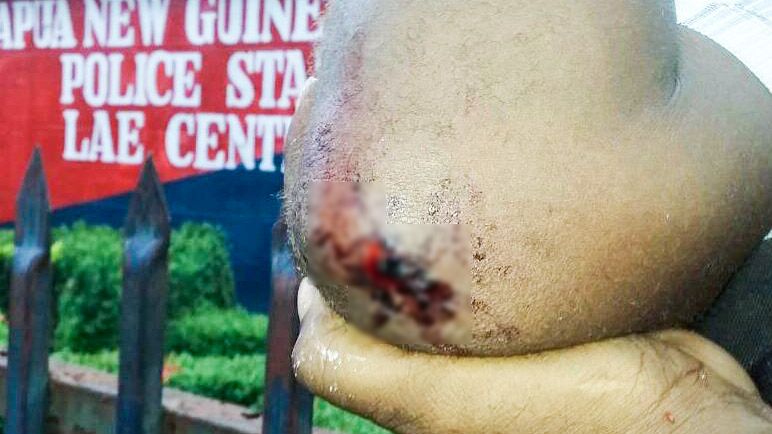 A media officer in Lae was assaulted by personnel from the Morobe Governor’s office whilst on an assignment today.

The Governor’s Chief of Staff, Steven Boting  and five other men punched the journalist multiple times saying there were a lot of negative reports being made about the Morobe Governor, Ginson Saonu.

They also issued threats against other journalists in Lae.

A formal complaint has been laid , and four men including Boting have been arrested and charged with assault, and drunk and disorderly behavior.

They are in police custody. They will appear in court Monday.

Those man who assault the journalist must be prosecuted and MUST face the full force of the law even though they are Governor Saonu’s people.