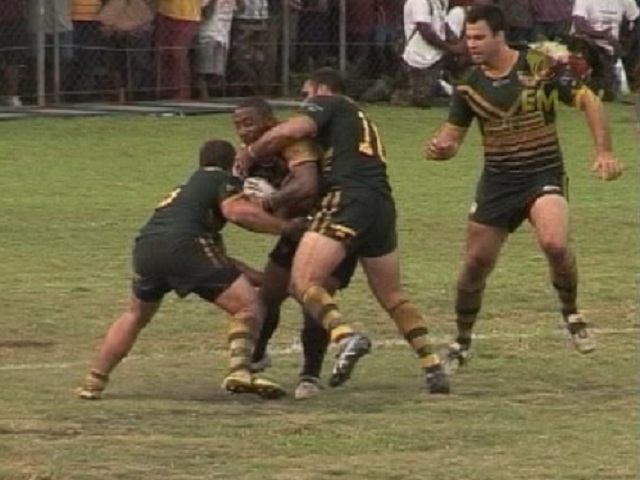 ThPM’s XIII match will bethe last ‘hit-out’ for both teams ahead oftheWorld Cup in October.

The match will be played onthe 29th of September atthe Kalaond Oval and will bethe final clash for both teams beforethe Rugby LeagueWorld Cup in England in October.

It’s set to go down in history as one ofthe best matches off all time as both countries fieldtheir best players prior totheWorld Cup.

There will be additional temporary grandstands being constructed to liftthe capacity ofthe Kalaond Oval to cater for up to six thousand people.

Also known asthe graveyard andthe home ofthe Agmark Rabaul Gurias, this Year’PM’s XIII challenge is one not to be missed.

Hekari Duo Off to Fiji