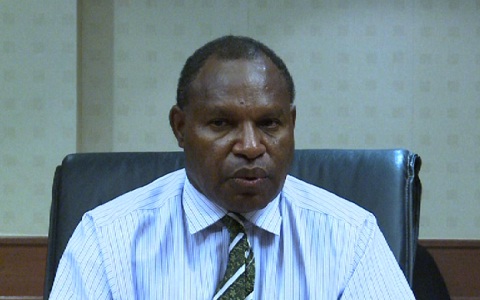 Funding for the roads inthe Yangoru-Saussia District of East Sepik Province will commence immediately after a cheque was presented tothe Department of Works by local MP and Minister for Trade, Commerce andIndustry, Richard Maru.

This will bethe gateway intothe one million plus hectare of prime land, which will bethe centre ofthe single largest agricultural project in Papua New Guinea

The National Executive Council approverd a submission two weeks ago to kick startthe projectowhich has a potential initial investment of US$3 billion bythe developer WilmaInternational Limited.

Minister Maru’said many international agriculture companies were screened, but it was WilmaInternational Limited’s Environmental Policy that wonthem over.

The construction ofthe roads is also paramount tothe people of Saussia LLG who have been deprived of proper road access for years.

This will make accessibility and mobility easier for many ofthe people who depend on basic home gardening for income and sustenance.

The development ofthe oil palm project is also expected to provide many spin off benefits for the people by creating local markets or trade stores, turning it into an economic hub.