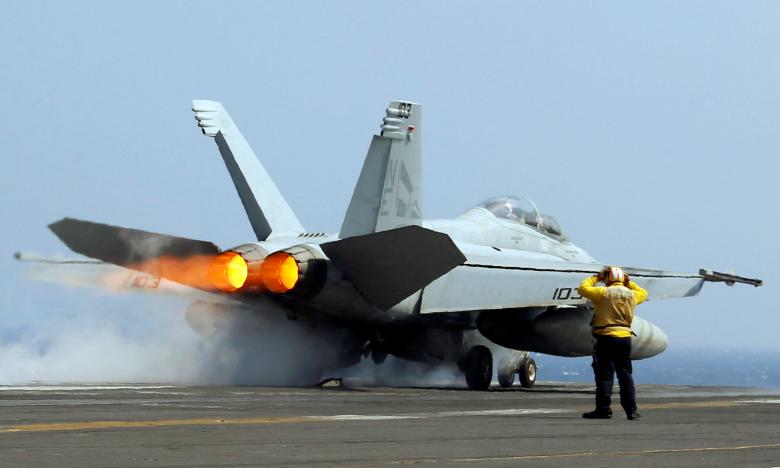 By Nobuhiro Kubo and Tim Kelly

TOKYO (Reuters) – Two Japanese destroyers on Sunday began an exercise with the U.S. Carl Vinson carrier strike group in the Western Pacific as it approaches waters around the Korean peninsula, Japan’s navy said.

The two Japanese warships, the Samidare and Ashigara, left western Japan on Friday to join the Carl Vinson in a show of solidarity as the United States confronts North Korea over its ballistic missile programme and nuclear tests.

The destroyers will “practice a variety of tactics” with the U.S. strike group, the Japan Maritime Self Defence Force (MSDF) said in a statement.

U.S. President Donald Trump ordered the Carl Vinson carrier strike group to sail to the waters off the Korean peninsula in response to rising tension over North Korea.

Japan’s military ordered the warships to accompany the Carl Vinson north at least into the East China Sea, a source with knowledge of the plan said. He asked not to be identified because he is not authorised to talk to the media.

The MSDF did not say how long the Japanese destroyers would stay with the U.S. carrier.

North Korea will mark the 85th anniversary of the foundation of its Korean People’s Army on Tuesday. It has in the past marked important anniversaries with tests of its weapons.

North Korea has conducted five nuclear weapons tests, two of them last year, and has carried out a stream of ballistic missile tests, in defiance of U.N. sanctions.

Trump has vowed to prevent North Korea from being able to hit the United States with a nuclear missile and has said all options are on the table, including a military strike.

North Korea has warned the United States of a nuclear attack in response to any sign of aggression. It has also threatened to attack U.S. allies South Korea and Japan.

Japan’s navy, which is mostly a destroyer fleet, is the second largest in Asia after China’s.