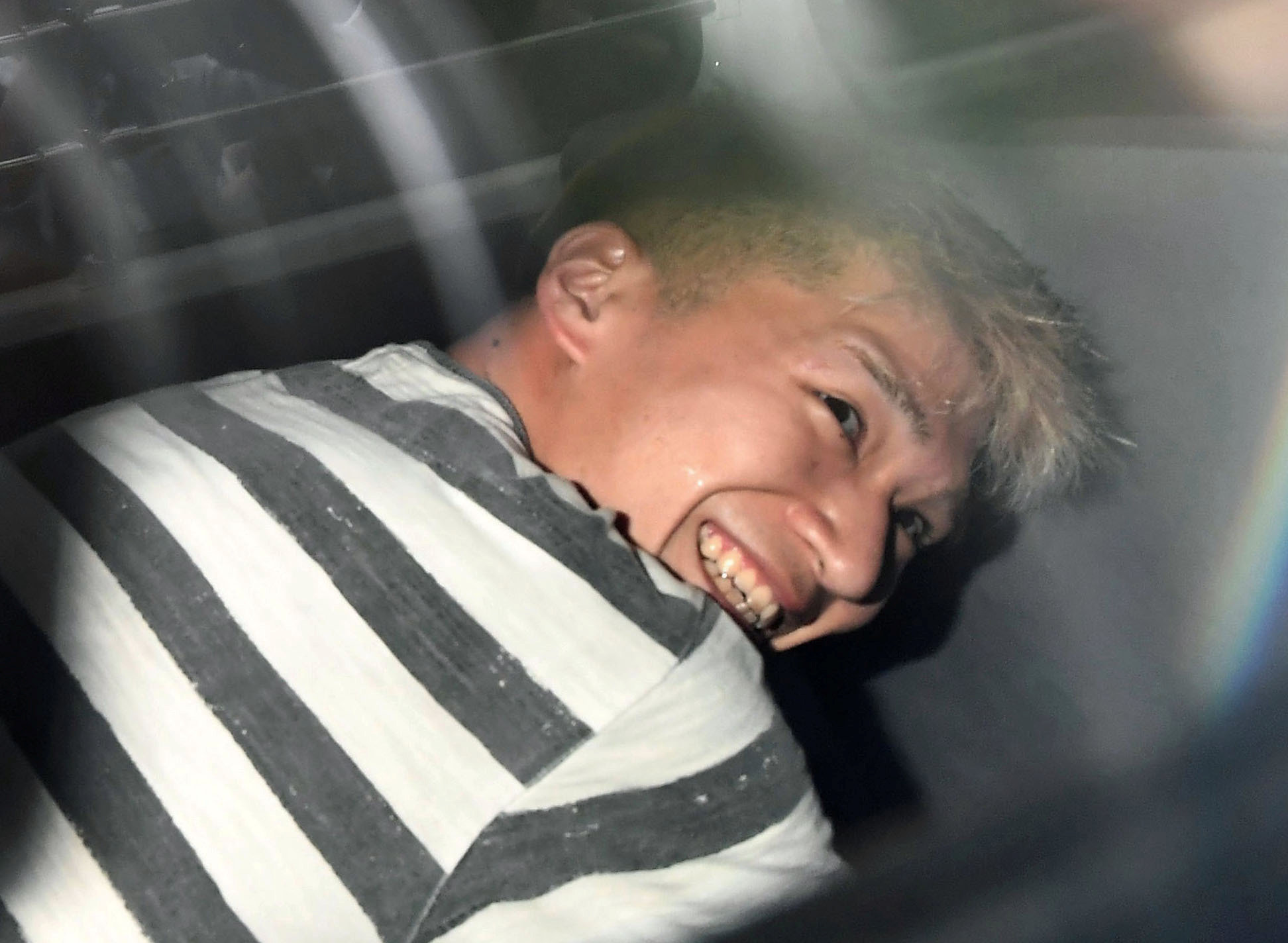 Image: Satoshi Uematsu (C, with a jacket over his head), suspected of a deadly attack at a facility for the disabled, is escorted by police officers as he is taken from local jail to prosecutors, at Tsukui police station in Sagamihara, Kanagawa prefecture, Japan, July 27, 2016. REUTERS/Issei Kato – RTSJSQL

TOKYO (Reuters) – A Japanese man accused of breaking into a facility for the disabled in a small town near Tokyo before stabbing and killing 19 patients was taken from a regional jail to see prosecutors on Wednesday, footage on public broadcaster NHK showed.

Satoshi Uematsu, the 26-year-old suspect and former employee of the facility, was sent from the town of Sagamihara, about 45 km (25 miles) southwest of Tokyo, to the Yokohama District Public Prosecutors Office in Kanagawa prefecture.

Dozens of other residents were wounded in Tuesday’s early-morning attack at the Tsukui Yamayuri-En facility for the disabled in Sagamihara.

Uematsu, who gave himself up to police after Japan’s worst mass killing in decades, said in letters he wrote in February that he could “obliterate 470 disabled people”, Kyodo news agency reported.

Apple says sales of new iPhones are off to strong start