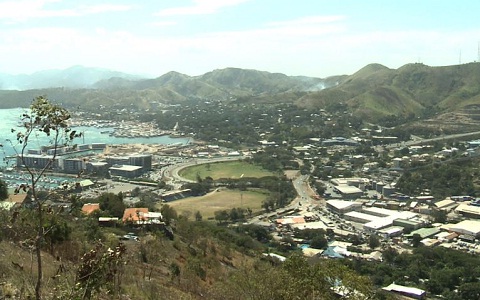 The rapidly increased growth of houses inside and on the fringes of Port Moresby is a response from ordinary people where Governments have failed to take decisive action.

This is the view of Dr. Thomas Webster, in a recent commentary released by the National Research Institute.

Dr. Webster says, if urgent steps are not taken, Port Moresby, along with other cities and towns, will run the risk of seeing unplanned developments.

He says, this has also had both negative and positive impacts on the city’s development.

Dr. Webster added that Port Moresby is going through an era of seeing greater infrastructure development in all sectors of life.

Unfortunately the unwillingness by political and senior bureaucrats to accept the advice resulted in a lack of understanding.

In the report, the National Research Institute was engaged in 2007 as Strategic Advisor to Government on developing a Housing Policy on a multi-pronged approach

The commentary by Dr Thomas Webster clearly identifies that the rise of informal housing and property development is a sign of the inability of relevant authorities to address this issue.

Dr Webster considers broader institutional reforms need to happen first to give economic value to land and the sustainability of properties.

This includes the need to establish a separate National Physical Planning Authority, the creation of a Municipal Authority and the maintaining of a sound record and administration system by the Lands Department.