In Lebanon, a monastery brings together Christians scattered by war

Image: People are seen at the Monastery of Saint Anthony of Qozhaya in the heart of the Qadisha valley, in Zgharta district, Lebanon June 23, 2019. Picture taken June 23 , 2019. REUTERS/Imad Creidi

QOZHAYA, Lebanon (Reuters) – The last time Samuel Botros stepped into the Lebanese monastery of Saint Anthony of Qozhaya was in 1978. He was 24, newly married, and the country was in the grip of an all-out war. Like many of his generation, he left. It took him 41 years to return.

The 1975-90 civil war may be over in Lebanon but conflicts in nearby countries like Iraq and Syria have devastated entire communities where Christians once lived alongside Muslims. That has triggered an exodus among people of both faiths, especially among minority sects – like Botros’ Syriac Orthodox community whose roots are in early Christianity.

The monastery, which is nestled in a remote valley in the northern Lebanese mountains and dates from the fourth century, is a meeting place for Christians who have fled conflict.

“It is the war that did this to us. It is the wars that continue to leave behind destruction and force people to leave,” said Botros, visiting the monastery as part of a gathering of his community’s scout group – their first in the region since the 1950s.

The scout group’s roughly 150 members include people living in Lebanon, Iraq, Syria, Egypt, Jordan, the Palestinian Territories and further afield. Lebanon was the only country where they could all meet easily and safely, Botros said.

In Iraq, years of conflict, most recently with Islamic State, erased much of the Christian heritage in ancient cities like Mosul and Sinjar in the north. In Syria’s civil war, some of the oldest churches in Aleppo, Homs and other cities were damaged.

Botros, now 65, is about to retire in Sweden where he made his home years ago. He is father and grandfather to children who know Lebanon only through photos.

“I would like them to visit so that when I pass, there is something to pull them back,” he said. 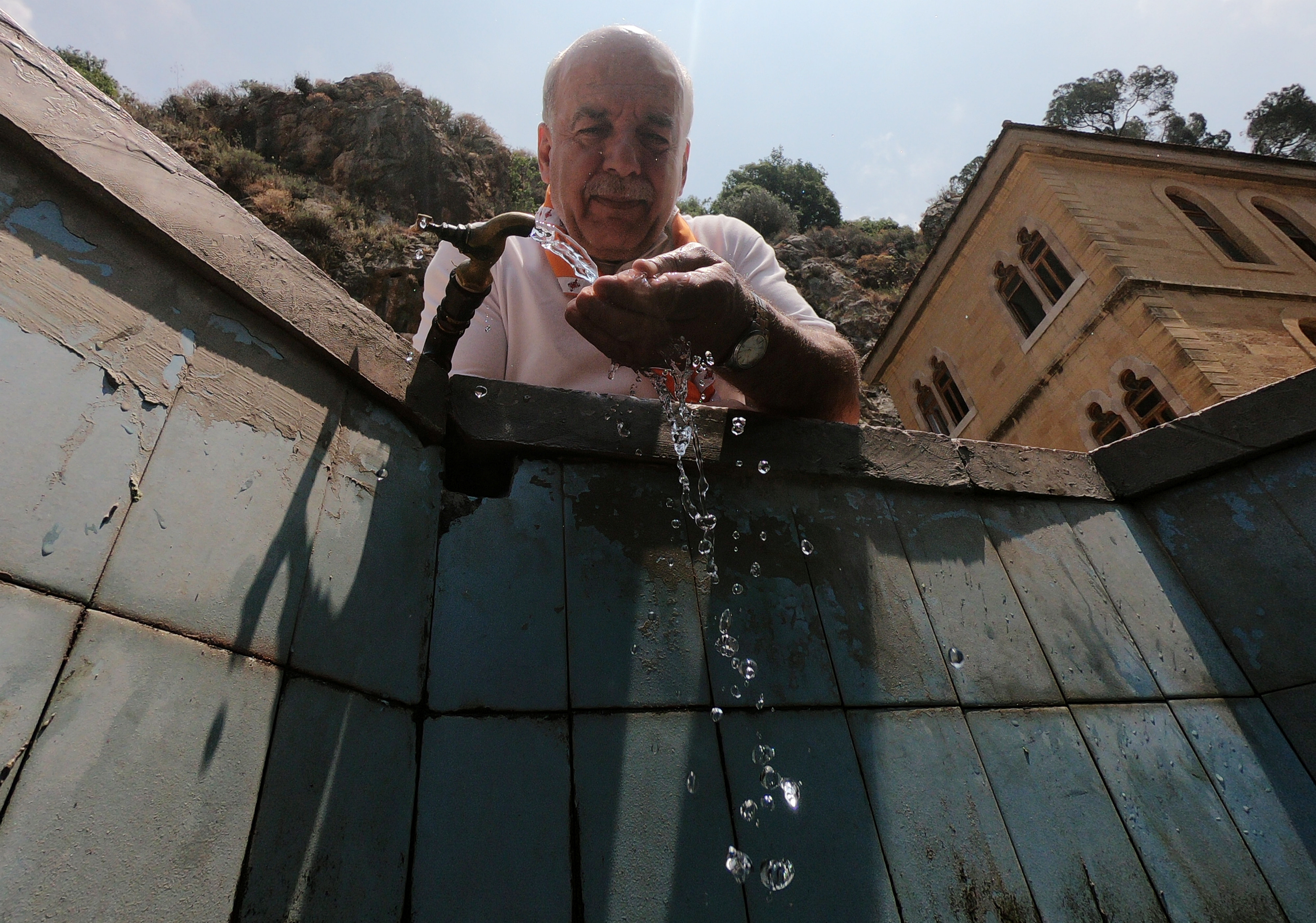 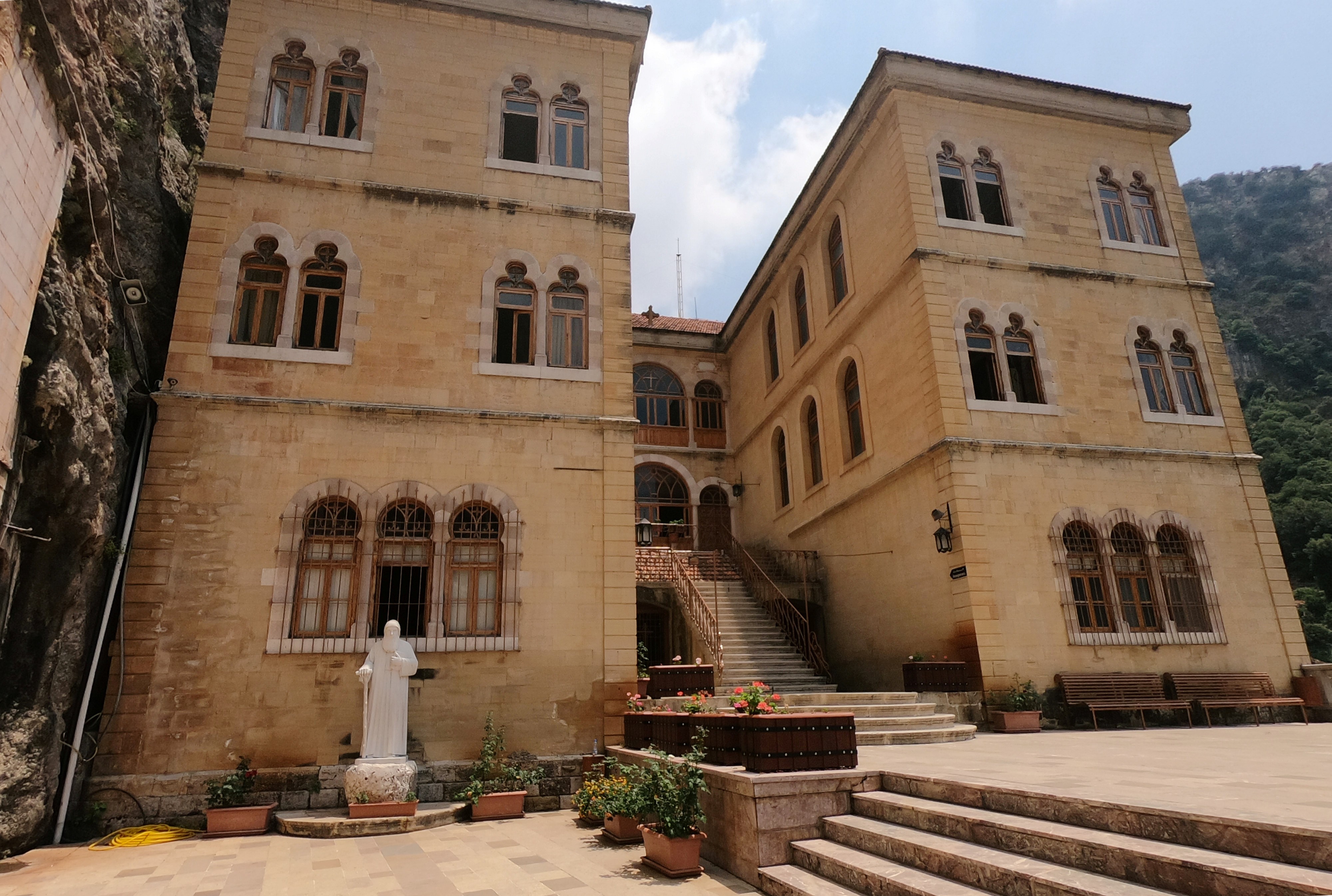 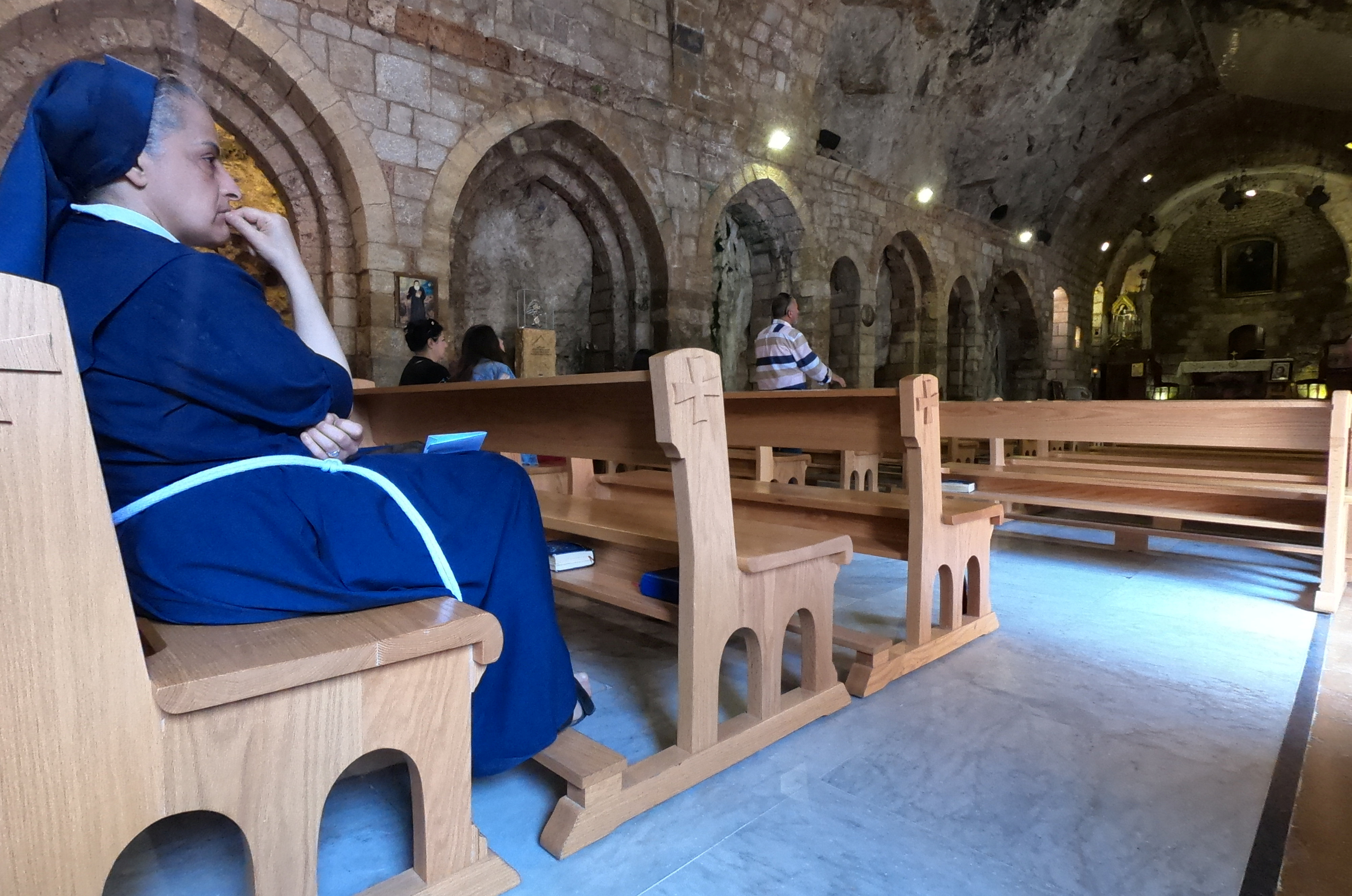 On Sundays and public holidays, the monastery’s small church, with the bell tower and facade, etched into the cliffs is full of people huddled in the pews or standing at the back of the vaulted interior.

Its patron is Saint Anthony, a monk who is believed to have lived in rural Egypt in the fourth or fifth century.

“This place has always been a shrine…we don’t even know when it started. Even when there was no development…people still came,” said Father Fadi Imad, the priest who gives sermons.

Qozhaya lies within a valley known as the Valley of Saints, or Qannoubine in ancient Syriac, part of a wider valley network called Qadisha that has a long history as a refuge for monks. At one time, Qadisha was home to hundreds of hermitages, churches, caves and monasteries. The monastery of Saint Anthony is the last surviving one.

It was an early home for Lebanon’s Christian Maronites, the first followers of the Roman Catholic church in the East.

The Maronites and sometimes the Druze, a Muslim sect, sought the sanctuary of the mountains away from the political and religious dynasties of the times with whom they did not always agree, Father Imad said.

“The inhabitants of this mountain…and they were not only Christians, came here because they were persecuted and weak,” he said.

“Qozhaya holds in its heart 1,600 years of history and it doesn’t belong to anyone, church or faith, … it belongs to the homeland,” he said.

The monastery is surrounded by forests of pine and cedar and orchards that can only be reached via a narrow, winding road.

Its grounds include a cave where visitors light candles, a museum housing the Middle East’s oldest printing press in ancient Syriac and halls for resident priests.

Visitors nowadays include foreign and Arab tourists and local residents including Muslims who sometimes come to ask for a blessing.

Father Imad said the monastery was the safest it had been in its history despite being surrounded by countries at war or suffering its aftermath.

“No one is telling us that they are coming to kill us anymore … at least in Lebanon,” he said.

Before he left, Botros and his fellows stood for a final photo outside the building with the valley behind. With their flags and scarves around their necks, they smiled and cheered as the bells rang.

“What I have seen today I will never forget for as long as I live,” Botros said.

“No matter how long it takes, the son always returns to the mother.”

Breakthrough in Cancer Treatment thanks to Oxygen Test that Detect Tumour

In coal we trust: Australian voters back PM Morrison's faith in fossil fuel