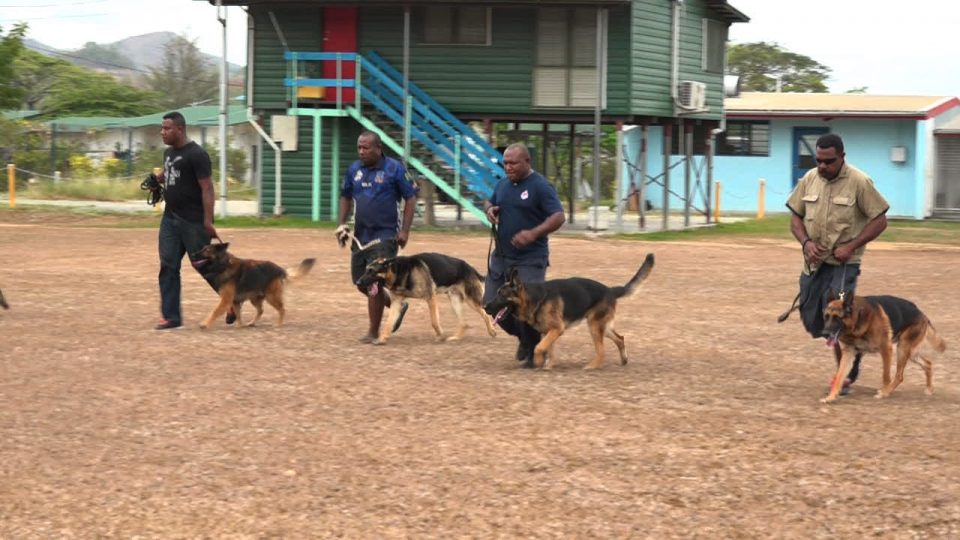 Dogs are men’s best friends, and when it comes to police duties this relationship is much more important. The relationship between a police dog and its handler is considered important for a successful operation.

For the Royal Papua New Guinea Constabulary, the Dog Unit Directorate is responsible for the training and the wellbeing of all police dogs in the country.

This morning, dog handlers in the NCD Dog Unit conducted specific trainings to sharpen the skills of at least 19 police dogs.

Though categorized as a General Purpose Dog or specially trained as a Sniffer Dog, it is the relationship between a police dog and its handler that leads to any successful tasking.

Whether its crowd control, searches for drugs and explosives or chasing down the bad guys, a police dog must trust its handler and be able to understand its commands.

NCD Dog Unit Director, Inspector Jack Hori says such training forms a union between a dog and its handler in order to work as partners in the police force.

The NCD Dog Unit Directorate is the only unit in the country that has police dogs working alongside police officers.

In the recent cocaine drug bust, few of these police dogs assisted the joint PNG-Australian Police Operation to identify the presence of cocaine.

Most of the police dogs have been donated to the unit through existing partnerships with the Australian and New Zealand Police.

First Constable Elvis Ningi-wahin from Kubalia in the East Sepik province is one of the the dog handlers who participated in today’s training.

Ningi-wahin has served over eight years in the NCD Dog Unit Directorate and has partnered with Japsie Muno for three of the eight years he served as a Dog Handler. 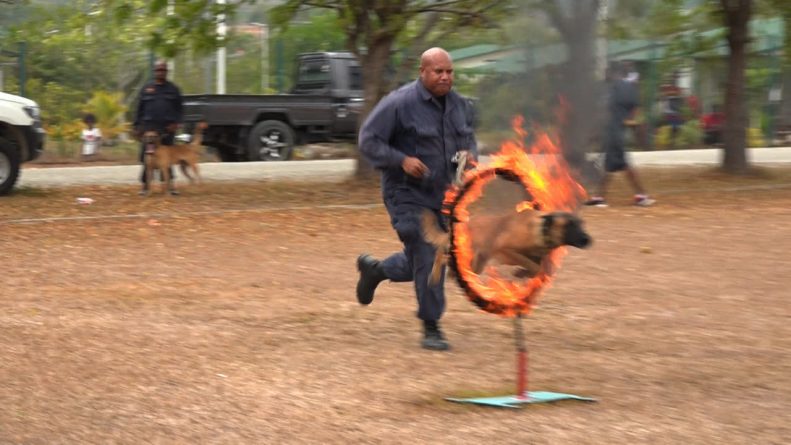 The others include Snr Constable Brown Mou who has been working with his partner Wilbur since 2017 and Constable Vitus Karagu and partner Zeus who also share a special bond.

An Iconic Beauty Under Threat – Cassowaries