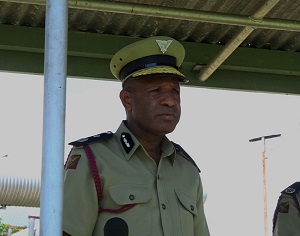 Previously, the meeting was usually held at the CS headquarters, however, this has changed under the leadership of the Acting Commissioner, Bernard Nepo.

This is a high profile meeting where CS executives make decisions and address the commission’s issues.

This is the first of its kind, where executives held their meeting in a prison institution.

Acting Commissioner Nepo said that this would allow the top executives to see and feel the need of what’s on the ground when making decisions.

It will also ensure Commanding Officers get a chance to debate issues and concerns during these meetings.

They also plan to achieve some of the government’s priority projects.

Currently, CS have a budget of K700 million to modernise the prison system.

A few of the major projects on the table are the National Prison Review Policy, Prison Industry and Rehabilitation Policy and the adoption of the Public-Private Partnership Policy.

However, Nepo said there wouldn’t be any maintenance conducted in any institutions unless it was deemed necessary.

Nepo confirmed that the recent breakout in Lae has triggered his management to act quickly, such as addressing overcrowding and looking into the terms of remandees in prison while waiting for their trial.