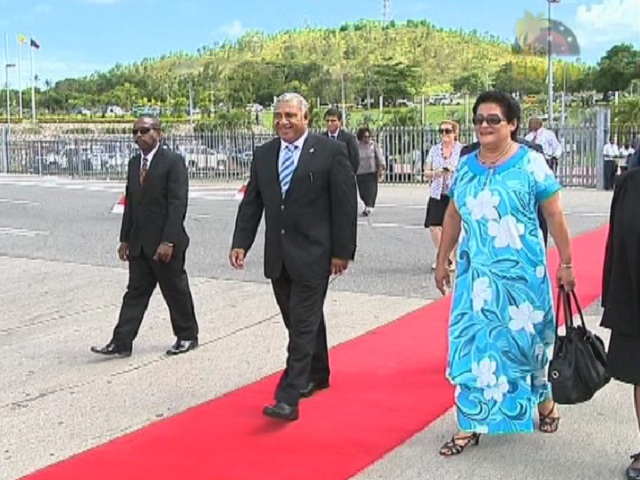 At a farewell dinner in Port Moresby on Wednesday nightoour Prime Minister Peter O’Neill saidthe challenge for botPNG and Fiji is to translatethe discussions into tangible outcomes.

The dinner was hosted by Commodore Beinimarama. Prime Minister’s message was simple, “his government is looking for a long term win win partnership with Fiji Government and with greater focus onthe Business communities.

Yesterday, a guard of honor and a twenty one gun salute was organized to farewell Prime Minister Beinimarama. He leaves his trade delegation behind as he has anther commitment in New York.