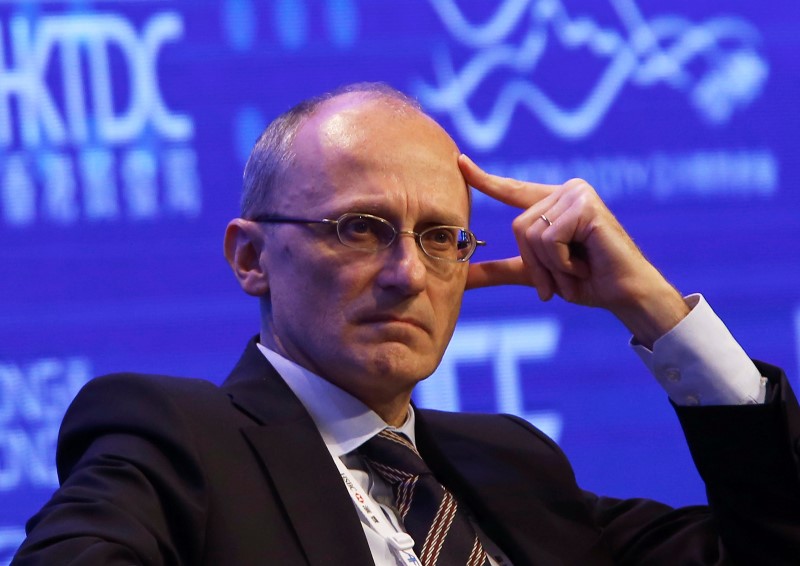 BERLIN (Reuters) – The European Union’s banking watchdog will move from London to another European capital if Britain decides to quit the bloc in a referendum this week, its chairman said in an interview published on Sunday.

Britain votes on June 23 on whether to stay in the 28-member bloc, a choice with far-reaching consequences for politics, the economy, defense and diplomacy on the continent.

The London-based EBA, founded in 2011 as a reaction to the global financial crisis, operates as a pan-EU regulator, writing and coordinating banking rules across the bloc.

“If the British should decide to leave the EU, we actually would have to move to another European capital,” Andrea Enria, head of the European Banking Authority (EBA), told the German newspaper Welt am Sonntag.

While betting odds have consistently indicated a vote to remain in the EU, opinion pollsters have so far painted contradictory pictures of how Britons will vote.

The EBA is currently working on an EU single rulebook aimed at ensuring a level playing field for all banks across the 28-country bloc’s capital market.

“This work needs to be completed irrespective of the result of the referendum,” said Enria, an Italian national. “We must ensure that there are no different rules between the countries that have the euro and those that do not have it.”

Enria said the European banking sector was more stable now than five years ago, but there was still need for consolidation.

“If you look at the balance sheets of banks, you could actually ask yourself whether such low profitability and such low return on investment are sustainable in the long term,” he said.

Banks should speed up their efforts to deal with non-performing loans and change their internal business culture in order to avoid future scandals and fines, Enria said.

That banks have hardly made any progress in these two areas is the reason why the European Central Bank (ECB) is struggling to boost lending and generate more growth despite its bond-purchase program, he added.

Three workers injured in accident at Kia plant in Mexico