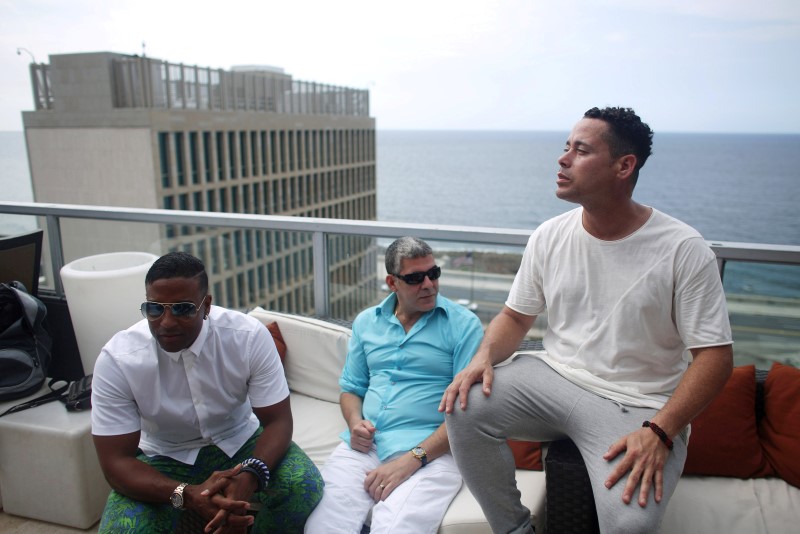 HAVANA (Reuters) – Reuniting after a seven-year hiatus, Cuban emigre hip hop group Orishas are also returning to their roots with a new single celebrating their “Cuba Isla Bella” and say they hope to launch their fourth studio album within a year.

Band members, known as Yotuel, Ruzzo and Roldan, had parted ways on good terms in 2009 after selling more than a million studio recordings, looking to develop their music separately. They say they now have more experiences to bring to the table.

“The separation was necessary because we were creatively worn out,” said Roldan, the Cuban “sonero” or singer responsible for the band’s smooth melodies, in an interview at a rooftop bar overlooking Havana’s Malecon seafront.

“We are back, not to prove anything, but because we love this project. We are going to continue with the essence of the Orishas, but down another path.”

Hip hop, which emerged in the 1990s in Communist-ruled Cuba, was long viewed with suspicion due to its origins in the United States and the fear it could foment unrest as a channel for social critique.

Restrictions on freedom of speech was one reason for rising stars to move abroad. Another was limited career opportunities and poor infrastructure in a struggling Soviet-style command economy, a factor that continues to drive Cubans to emigrate.

The Orishas secured their first studio deal in France, although they went on to live scattered throughout the world, meeting up to record and perform.

“It’s part of what enriches us,” said Ruzzo, known for his high-speed rapping in syncopated Spanish, who now lives in Pamplona. “Each of us learns about what is happening in his region and we incorporate that.”

Yotuel, who lives in Miami, has collaborated closely with Latin pop star Ricky Martin while Roldan, who lives in Paris, has sung with French rappers. They said their new music would likely be very distinct, but they did not yet know how.

“Making music is like making love, you never know what is going to happen that night,” said Roldan.

The Orishas will continue recording when they go on the road next month, performing first at a festival in Belgium, then on tour in the United States and Latin America, they said. They want to record 40 songs, harvesting the best 10 for the album.

“The only thing we know at the moment is that ‘Cuba Isla Bella’ will be on this album,” said Yotuel. “This song is about who we are, where we come from … why we are what we are.”

The single, that showcases other Cuban artists such as reggaeton band Gente de Zona and percussionist Pedrito Martinez, is more melodious and wistful than other Orishas hits.

The trio said they hoped Cuba and its music would not lose their authenticity and uniqueness in the wake of the island’s rapprochement with former Cold War foe, the United States.

“That’s what we are trying to do with the Orishas too: not succumbing to the temptation of the hip hop image abroad of bling bling, chains, diamonds and jewels,” said Yotuel.

Few signs of improvement for NBA star Odom after collapse