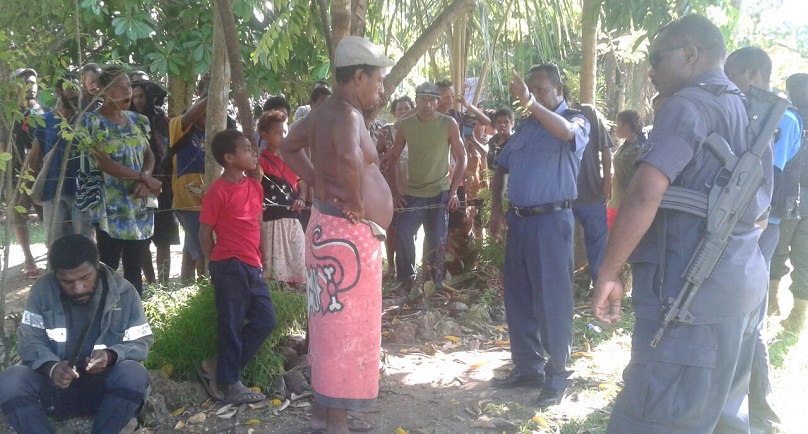 All Leaders of the Dalam and the Umun villages will be arrested by the Madang police and charged under the ‘Inter-Group Fighting Act’, if they do not co-operate and hand in suspects of the latest murders.

This follows this morning’s incident which saw the Dalam villagers charging at the Umun villagers, fully armed with guns and bush knives.

This incident is connected to incident, yesterday, where a Umun man was murdered. The recent murder is believed to be connected to the murder of a woman and her disable daughter at Dalam village.

The Criminal Investigations Division Inspector, Steven Yalamu, warned leaders of both villages, that they are harboring the criminals if they do not turn them in.

Inspector Yalamu said, police will not tolerate coming and going to the villages, regarding the same issues, and not solving anything.

Mr Yalamu is holding the leaders accountable for what happened, as their failures in handing over the suspects, is interfering with investigations on the murders.

He stressed that by ‘leaders’ he meant ward members, councillors, local magistrates, peace makers and anyone else considered as leaders by the people.

Inspector Yalamu also appealed to the leaders of both villages, to compromise and make peace, as more killing will not help their families and communities.

The Inspector and his officers also warned the two communities, that due to the kidnapping of the two Modilon Hospital doctors, the hospital is closed for an indefinite period and will not be attending to patients.

Inspector Yalamu said both villages have been given lists of names, of the suspects, and the people should continue to help police to put the suspects’ faces to their names.

The situation is still tense on the ground, with most of the women and children in hiding, and men and boys armed with bush knives remaining in the villages.