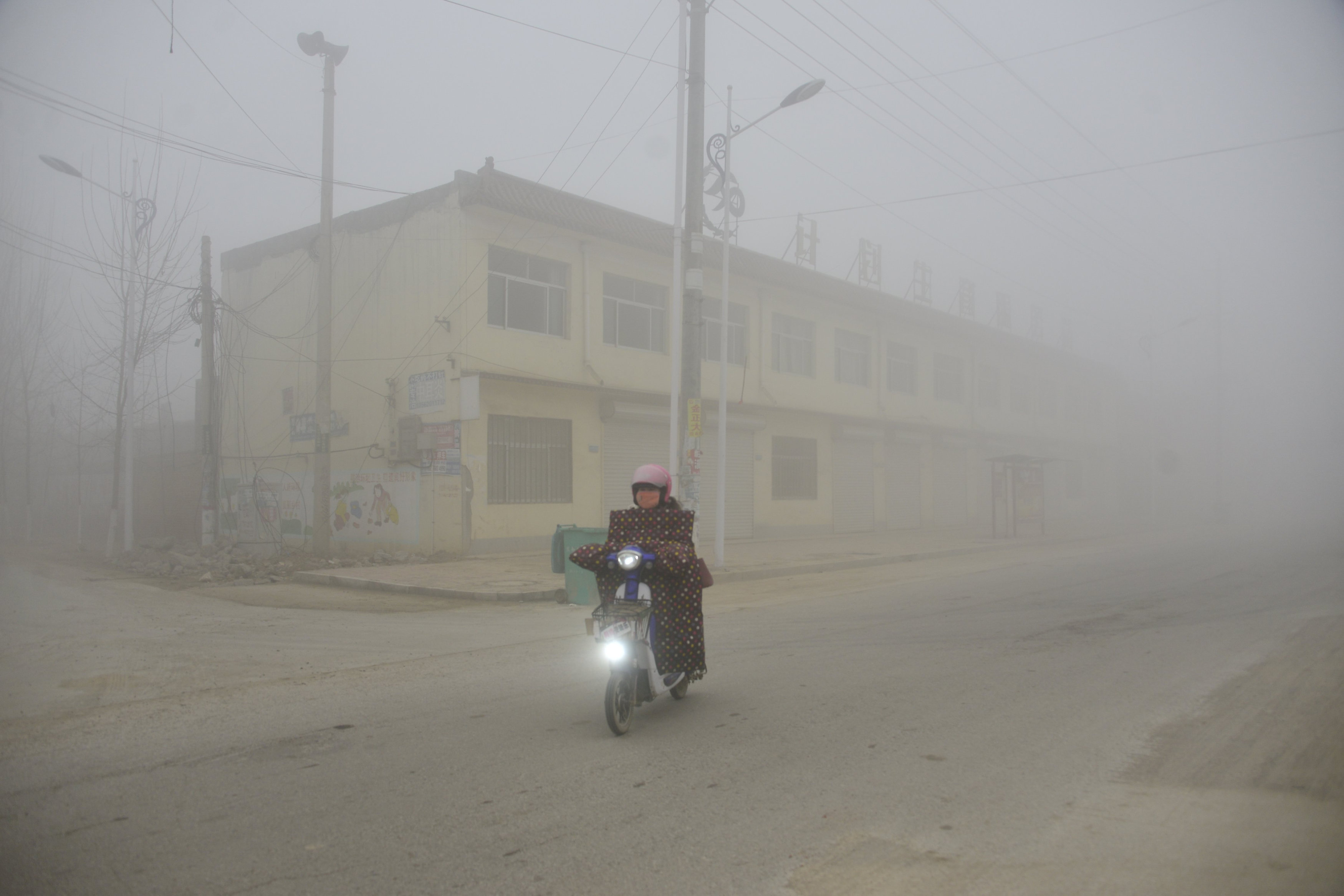 Image: A cyclist rides along a street in heavy smog during a polluted day in Liaocheng, Shandong province, December 20, 2016. REUTERS/Stringer

BEIJING (Reuters) – China’s largely rubber-stamp parliament passed a law on Sunday that will levy specific environmental protection taxes on industry for the first time from 2018, as part of a renewed focus on fighting the country’s pollution woes.

Anger has risen in the world’s second-largest economy at the government’s repeated failure to tackle land, water and air pollution, with large parts of northern China enveloped in dangerous smog in recent days.

“Tax revenue is an important economic means to promote environmental protection,” the Finance Ministry said in a statement.

China has not previously imposed any specific environmental taxes, and the new levy will replace an earlier system of miscellaneous charges that are regarded as far too low to deter polluters.

Officials have repeatedly stressed that the new policy is not designed to increase the tax burden on enterprises.

The details of the new law have been fiercely contested by the Ministry of Environmental Protection, the Ministry of Finance, the State Taxation Administration and local governments, and has been subject to repeated delays.

Conflicts of interest have emerged as other departments worry about lost revenues once the previous system of emission discharge fees is abolished. Some government researchers have also argued that carbon dioxide and other greenhouse gases should be included in the plans.

Jia Kang of the Ministry of Finance’s Institute of Fiscal Science complained this year that the environmental tax proposals were far too conservative, with the tax rate per tonne of sulphur dioxide still much cheaper than paying for the equipment required to stop it entering the atmosphere.

He suggested that, in order to avoid increasing the tax burden on firms, other business taxes should be cut and replaced by the environmental tax, which would give authorities a more powerful tool to force a firm to improve its environmental performance.