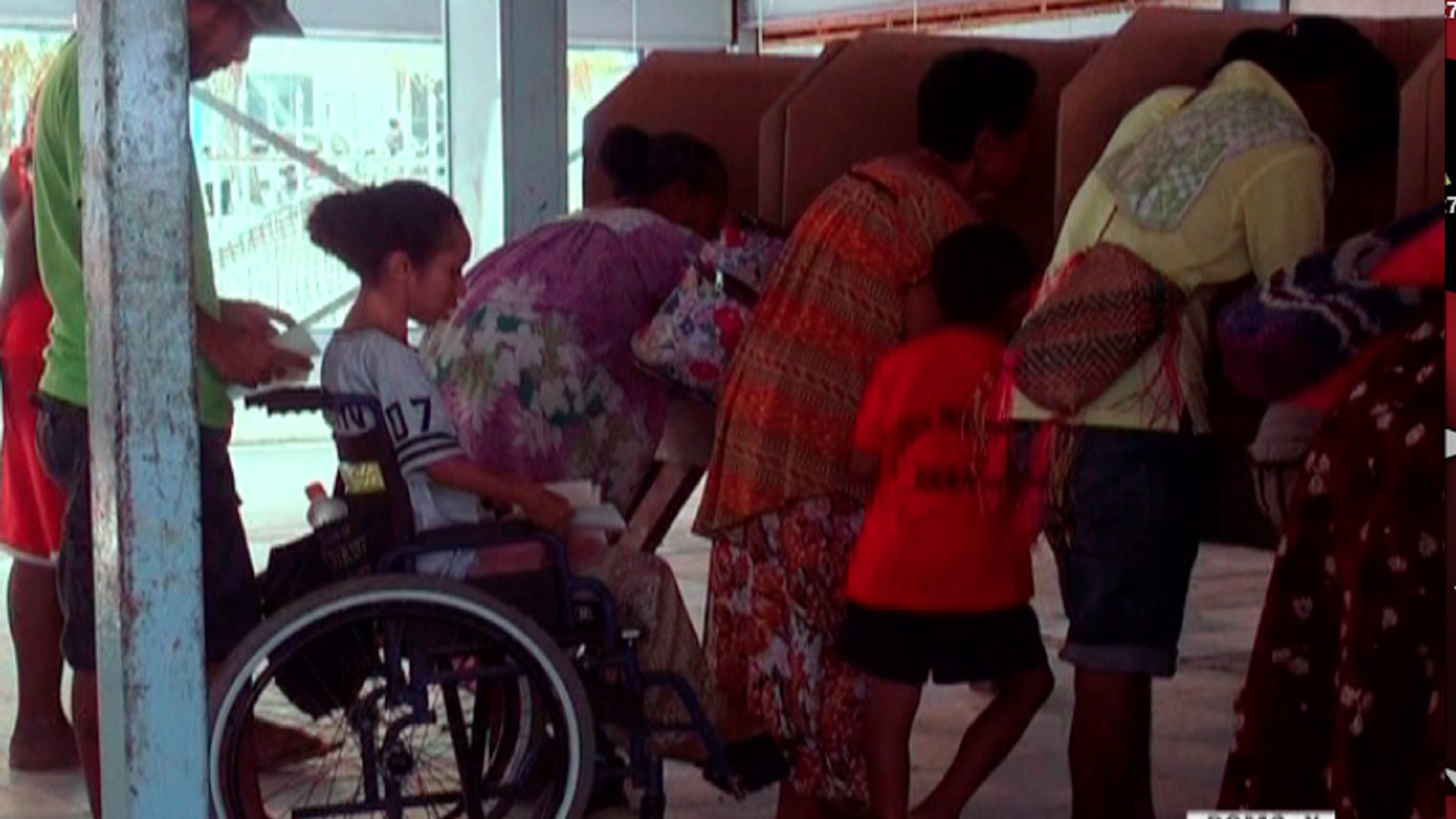 Today (Tuesday 27 June) Gaire and Tubusereia in the Hiri LLG Central Province were into the third day of polling as scheduled.

In Gaire, voters were seen lining up to cast their votes for regional and open seat members in an orderly manner.

The majority of voting population there appeared content with the processes so far.

Election officials confirm there were about 3000 eligible voter in the electorate, and by midday today up to 95% of the population had already voted.

Over in Tubusereia in the United Church community chapel, a similar scene.

Election officials said they were happy with the progress so far despite a slow start on Saturday due to a shortage in stationary.

According to election official in Tubusereia Carol Marava, the first day (Saturday June 24) closed with 500 votes and followed by a thousand more on Monday.

She confirmed that the registered voting population is about 3000 of the 6000 people living in the area.

There were however voters who were very unhappy to find their name were not on the common roll.

Tubusereia voter Asi Keru claims her name was on the common roll, in 2012 but not this year.

The Electoral Commission said cases like Asi’s surfaced because individual failed to participate in a common roll update carried out earlier this year.

According to polling officials in Gaire polling was on schedule to close this afternoon; while Tubusereia concludes tomorrow.

Barakau electorate on the other hand, is in the process of preparations for polling to commence on Saturday the first day of July.