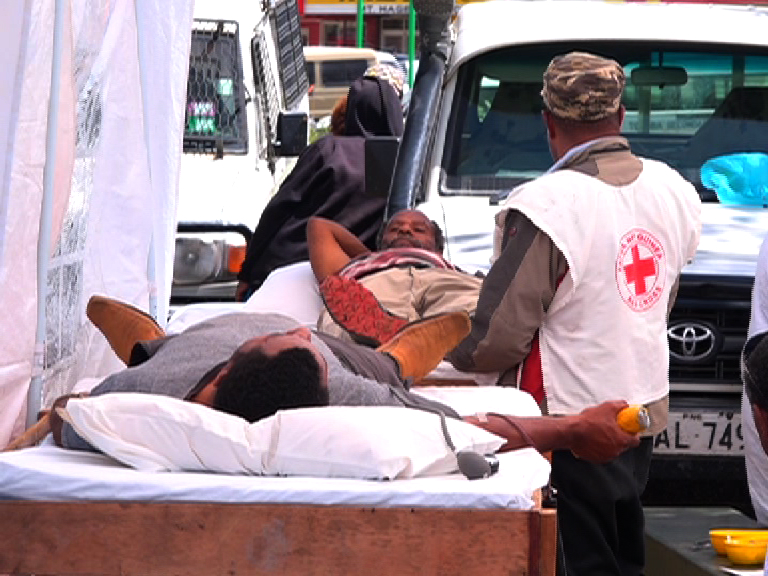 After a week of announcing a blood shortage at the Mt Hagen General Hospital, the Kagul Koroka Foundation stepped in to host a blood drive.

The Kagul Koroka Foundation was named after a statesman and a businessman in Western Highlands Province, the late Kagul Koroka.

After his death in 2015, his family started the foundation in his honour to assist the hospital in times of need.

Son, Gordian says this was what his father did when he was alive.

The blood drive was held today in the heart of Mt Hagen City, allowing the public to donate blood to Mt Hagen General Hospital.

It was co-hosted by the Foundation and the Hospital, including Red Cross.

So far, more than eighty blood bags were collected from the drive today.

The hospital stopped going out, to collect blood, due to transportation issues.

All the blood bags collected will go back to the hospital.

The hospital was running out of blood as a result of regular treatment of casualties from election related incidents.

They have treated over twenty casualties, some of whom had very serious injuries that require blood transfusions.

The Koroka Foundation is collecting blood and educating the public on the importance of donating blood.