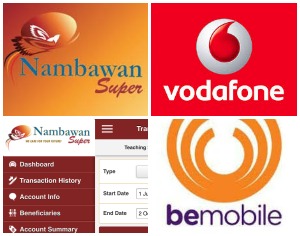 Bmobile Vodafone and Nambawan Super have announced the sale of K199 handsets at a 50 per cent discount exclusively for Nambawan Super members who have a valid NSL Identification Card.

This partnership allows NSL members to purchase bmobile smartphones for only K99.

Under this promotion, the smartphone will be pre-loaded with the NSL Smartphone App, along with K600 of airtime.

The NSL mobile app was launched in September 2015 and gives members access to Nambawan Super services at their fingertips.

Now, along with bmobile, Nambawan Super is able to offer its customers more convenience and affordability.